We hope you enjoy our reviews. Revenues from the affiliate links help us pay for original stories and support writers of speculative fiction. Read more here.

Let me start this review off by saying that — as a recently married man — I found the chapters leading up to the climax of this story to be the most accurate modern description of pre-wedding events that I have ever read. Not all horror entails the grotesque. Some of the scariest moments in life involve the mixing of one’s odd family with another, sharing completely disparate views and values, only to be forced to watch it all unfold with a smile presented across your face. That is truly terrifying, even as I have survived it.

Yet, with a glorious (gore-ious?) debut of a novel like Reception, written by Kenzie Jennings and published by Death’s Head Press, things are not entirely as they seem. Utilizing a book cover showcasing a twisted family’s idea of a home-cooked dinner meant to startingly compete with the likes of both The Texas Chainsaw Massacre and The Rocky Horror Picture Show, allow me to explain that this story has both the chilling appetite and the uproarious humor of the former and latter, respectively, without losing sight of the small moments that keep a reader enthused beyond the simple shock value trappings that many first-time horror authors find difficulty in elevating their work beyond.

Ansley Boone is the black sheep of her little sister, Shay’s, side of the wedding party. She’s just come from rehab and all eyes are on her, expecting the inevitable, that she’ll make a mockery of herself and her family in front of the groom’s. All of this is good and well until Ansley discovers that her special kind of crazy had been set upon every single ear that she’d meet, adding even more tension as she slowly loses her composure, wading through the narrative already built for her sans her own participation. Her anxiety, stomach, and overall instincts battling it out as the story progressively gets worse for her, through no small fault of everyone involved.

One particular scene involved the breakfast before the ceremony. Leading up to my first “what in the actual fuck” moment had Ansley already unknowingly sleeping with an engaged groomsman. Afterward, with the women on both sides hilariously bickering about hairstyles, cake decorations, make-up, et. cetera, the maid of honor’s four-year-old son, Bryceson, complains about a German sausage tasting nothing like a hot dog — nothing at all. My jaw dropped as the kid said this and while more and more uneasy conversations unfolded, I had to remind myself to unclench my jaw by the time the story approached the most realistically awkward beginnings of a toast by the sister of the bride, Ansley herself, in front of the entirety of the wedding.

This is when the shit hit the fan.

At first, I didn’t like the main character too much. This isn’t a make or break it with me, but as time went on her snarky attitude and coarse understanding of the world allowed her honest moments with her mother and sister to shine through in spades. We aren’t meant to like her right off because she is us. She’s at times a spoiled, ungrateful, longing child and when confronted by a past which your family won’t ever seem to let you forget, you’d be a bitch, too. Ansley Boone is one of the great first-person POV’s in a realm occupied by far too many mediocre attempts to comprehensively name.

Kenzie Jennings has boldly used as her debut novel to examine family intersectionality and mental trauma, mixing it with a telling of a concept that under a lesser author, could be extremely kitsch, but instead comes off as leaps and bounds above her contemporaries. I will readily await her upcoming works with wide eyes and a clenched jaw for she is something special and we need to prepare for whatever she has in store for us, her victims, next. 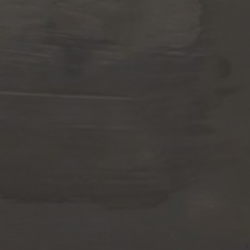 Tristan Drue Rogers
Tristan Drue Rogers has had his writing and poetry featured in literary magazines and horror anthologies. More recently, he has poetry featured in The Poets Symphony anthology released by Raw Earth Ink. No More Kings, a sci-fi lite political novella set in North Texas, will be released by Running Wild Press in December of 2020. Tristan lives with his lovely wife Sarah and their son Rhett in Texas.

We use cookies to ensure that we give you the best experience on our website. If you continue to use this site we will assume that you are happy with it.Ok