Wondering what some of your favorite fantasy, horror, and sci-fi writers have been up to on Instagram?

Here’s a short but sweet list of popular speculative fiction author’s Instagram accounts, with four of them having a huge following on the site.

You can see pics of their newest releases, their favorite pets, and whatever else they feel like posting.

One author has less Instagram followers but has an awesome page full of vintage horror book covers that’s definitely worth checking out. 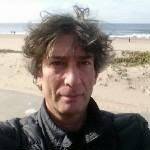 Unless you’ve been living under a rock, you’ve probably heard of this guy. Neil Gaiman’s Instagram is filled with beautiful nature imagery, amusing selfies, and photos related to his television, movie, and writing work.

His book The Neil Gaiman Reader, a collection of 52 pieces by the author, is available now. 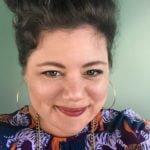 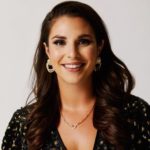 Victoria Aveyard is the #1 New York Times bestselling author of the Red Queen series, which you might like if you’re a fan of Game of Thrones.

You’ll find all sorts of fun pics on her Instagram, including puppies, selfies, and book covers. 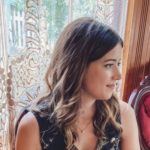 Alexandra Bracken is a  #1 New York Times bestselling author with The Darkest Minds series.  Her new standalone contemporary fantasy Lore >is set to be released January 5, 2021.

She’s great at self-promotion, and you’ll find many of her book covers on her Instagram page, along with the occasional selfie and cute puppy pic sprinkled in. 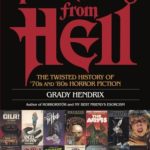 While he doesn’t have a huge following like the other authors on this list, horror writer Grady Hendrix’s Instagram page stands out.
Hendrix fills his Instagram with creepy vintage paperback covers, and you should definitely check them out.

His work Paperbacks from Hell, which chronicles the history of the horror paperback publishing boom that started in the seventies, has won a Stoker Award and was chosen as one of the Best Books of 2017 by both Barnes & Noble and the Onion’s AVClub.