A Chinese American woman, Wu performed experiments that tested the fundamental laws of physics. In a male-dominated field, she won many honors and awards, including the National Medal of Science (1975), the inaugural Wolf Prize in Physics (1978) and honorary degrees from universities around the world. On Feb. 11, 2021, the sixth International Day of Women and Girls in Science, the U.S. Postal Service will issue a new Forever stamp to honor Chien-Shiung Wu, one of the most influential nuclear physicists of the 20th century.

In China, where I grew up, Wu is an icon who is sometimes called the “Chinese Marie Curie.” I first read about Wu’s extraordinary story in my physics textbook, when I was a teenager in high school. Chien-Shiung Wu became a scientific role model for me, inspiring me to pursue an academic career in physics and follow her path to the U.S.

From China to the US, to pursue physics

In 1912, Wu was born in Liuhe in Jiangsu province, a town about 40 miles north of Shanghai. Although it was uncommon in China for girls to attend school at that time, her father founded a school for girls where she received her elementary education.

In 1930, Wu attended National Central University in Nanjing to study mathematics. But the revolutionary triumphs of late 19th-century modern physics – such as the discoveries of atomic structure and of X-rays – attracted Wu’s attention. She changed her major to physics and graduated at the top of her class in 1934.

Encouraged by her college advisor and financially supported by her uncle, Wu booked the month-long steamship trip to the United States in 1936 to pursue her doctoral education. She arrived in San Francisco, where she met her future husband, Luke Chia-Liu Yuan, another physicist, when he showed her around the Radiation Laboratory at the University of California, Berkeley. Scientists at the lab had only recently invented the cyclotron, the most advanced instrument for accelerating charged particles in a spiral trajectory.

Enticed by the atomic nuclei research being done in the lab, Wu abandoned her original plan to attend the University of Michigan and successfully enrolled in the physics doctoral program at Berkeley.

In her graduate research, Wu worked closely with nuclear scientist Ernest Lawrence, who had won the Nobel Prize in Physics in 1939, and Emillo Segrè, who went on to win the Nobel Prize in Physics in 1959. She studied the electromagnetic radiation produced when charged particles decelerate, as well as radioactive isotopes of xenon generated by splitting uranium atoms via nuclear fission. In June 1940, Wu completed her Ph.D. with honors.

After a short period of postdoctoral research still at the Radiation Laboratory, Wu moved to the East Coast, where she taught at Smith College and then Princeton University.

In 1944, Wu became a research scientist at Columbia University, where she joined the Manhattan Project, the top-secret U.S. effort to turn basic research in physics into a new kind of weapon, the atomic bomb. As a team member, Wu helped develop the process for separating uranium atoms into the charged uranium-235 and uranium-238 isotopes using gaseous diffusion. This work eventually led to enriched uranium, a critical component for nuclear reactions.

After World War II, Wu remained at Columbia and focused her research on the radioactive process of beta decay. She investigated beta particles: fast-moving electrons or positrons emitted from an atomic nucleus in the radioactive decay process.

In the mid-1950s, Wu performed a famous experiment to test the law of parity conservation. This was a widely accepted but unproven principle implying that a physical process and its mirror reflection are identical. As proposed by theoretical physicists Chen Ning Yang and Tsung-Dao Lee, Wu designed an experiment to see if reality matched the theory.

Observing the beta decay of cobalt-60 atoms, Wu measured the radiation intensity as a function of the radiation direction. To increase the accuracy of her experimental measurements, Wu figured out techniques to get her cobalt-60 atoms all spinning in the same direction. She observed that more particles flew off in the direction opposite to the direction the nuclei were spinning. The law of parity conservation predicted that the atoms would emit beta particles in symmetrical ways. But Wu’s observations meant the “law” did not hold and she had discovered parity nonconservation.

In addition to her famous parity law research, Wu carried out a series of important experiments in nuclear physics and quantum physics. In 1949, she experimentally verified Enrico Fermi’s theory of beta decay, correcting the discrepancies between the theory and previous inaccurate experimental results and developing a universal version of his theory. She also proved the quantum phenomenon relevant to a pair of entangled photons.

In 1958, Wu was the first Chinese-American elected to the National Academy of Sciences. In 1967, she served as the first female president of the American Physical Society.

After her retirement in 1981, Wu dedicated herself to public educational programs in both the United States and China, giving numerous lectures and working to inspire younger generations to pursue science, technology, engineering and math education. She died in 1997.

Wu’s legacy continues today, with the issuing of her postage stamp. She joins a short list of physicists featured on U.S. stamps, including Albert Einstein, Richard Feynman and Maria Goeppert-Mayer. 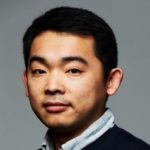 Dr. Xuejian Wu has been a Postdoctoral Scholar in Department of Physics at the University of California, Berkeley. There he developed versatile quantum inertial sensors using light-pulse atom interferometry, advanced their sensitivity and field performance, and implemented them into geoscience applications. Trained in the precision measurements and instruments, Wu received his PhD at Tsinghua University in January 2015. Utilizing atomic physics, optical engineering, and nanophotonics, Wu is particularly interested in advancing quantum sensors to new regimes, with unprecedented sensitivity, miniaturized size, turn-key operation, and versatile functions.

2021-02-22
Previous Post: Where One Vulnerability Researcher Sees AI in 2030
Next Post: The Lady Who Would Not Die