One time, when I was a kid, I was playing in the river when I noticed a tiny bottle resting next to a rock in the stream. On second glance, it looked like the bottle had a note inside. Naturally thinking of pirates and treasure, I picked up the bottle and pulled out the note. The paper felt old-fashioned, but it didn’t look aged. I unrolled the note:

My name is Melody and I’m locked in my room at 134 Pine Road.

They locked me up because they think I’m mad.

Something about the big block letters, written in what looked like a shaking hand, made my heart race. For a moment, I considered taking the letter to the authorities, but somehow, it felt like it was too urgent for that. I decided I should go and check out the address to assess the situation.

134 Pine Road turned out to be a crumbling Victorian farmhouse surrounded by an overgrown field. It didn’t look like anyone had lived there in ages. Just as I was starting to think that the letter was probably many years old, I noticed there was a dim, flickering light coming from one of the upstairs rooms. Could it be Melody?

I ran up to the porch and pushed open the front door. The inside of the house was dark, the only source of light being the sunlight that managed to make it through the dust-covered windows. There was no light switch or any sign of electrical lighting, but there were some melted candle stubs.

I took a few steps inside. As my eyes adjusted to the light, I looked around. Everything about the place screamed “abandoned.” Just as I was starting to think the upstairs light had been my imagination, I heard furious pounding coming from above. Was it a person or an effect of the wind? The pounding became punctuated by tiny cries of, “Help me! Help me!” Or was it my imagination again, creating faint words out of the wind’s howl?

It sounded real enough to me, and I ran towards the rickety staircase. It looked a bit unstable, but I was a kid then, and heedlessly decided it was probably safe enough. I now shudder to think of what would have happened if that staircase had collapsed as I ran up it, but back then, I felt enormously brave when I reached the upper floor. The pounding grew more insistent, coming from a door just down the hall. For a split second, I couldn’t tell if it was a person pounding at the door or the wind, but then I heard a young voice scream, “HELP! HELP ME!” This time, it was unmistakably a person. I ran for the door and pulled it open.

Nothing. There was no one at the door.

My eyes were drawn to the table in the middle of the room that held a candle with a dying flame. I realized it to be the source of the flickering light I had seen outside. I peered around the dim room, nearly jumping out of my skin when I noticed a girl sitting on a threadbare bed against the far wall. She seemed too far away from the door to have been pounding on it just a moment ago. She had also become very quiet, in contrast to the earlier screaming.

She looked to be about the same age I was at the time. In a place that was so gray and decaying, she was a splash of life and color. Her bright red hair caught your attention right away. She might have looked very alive, but she certainly didn’t look very happy. She looked thin and sickly, like she had been malnourished for a long time. She stared at me with wide green eyes as though she had spent years waiting for me specifically to find her.

“Are you okay?” I asked her, closing the door behind me as I stepped into the room.

“No!” she said immediately. “I want to go outside!”

“Are you sure that’s a good idea?” I asked. Obviously, she wasn’t being taken care of and would have to be removed from this horrible place, but it looked like she might be too ill to simply walk outside.

“Yes!” she insisted as she stood up. “They’ve locked me in this room for over a year now! Please, let me go outside! That’s all I want!”

“Wouldn’t it be better if I contacted the authorities?” I suggested. “I think maybe you need to be taken to a hospital.”

“NO!” she yelled, suddenly panic-stricken. “I want to go outside!”

I studied her for a moment. Her red hair hung in an unkempt tangle. Her body was dirty and so was the ragged nightdress that covered it. She was barefoot. While her body looked very pitiful, her face held the determined expression of someone who would never change her mind about anything.

“You are Melody?” I asked eventually.

“Yes,” she breathed. “Please, let me go outside. I want to be outside.”

“All right, I’ll let you go outside,” I agreed. “Why don’t you put on some clothes? Do you have a coat or shoes?”

“I’m wearing all the clothes I own,” said Melody.

“You mean just that nightgown?”

“Yes,” she said. “They say I don’t need clothes if I’m not going to be outside.”

“Why don’t they want you outside?”

“Why do they think that?” I asked.

“I’m not like the other boys and girls,” she said. “I’m different. They think that’s madness. I’m not mad. I know I’m not mad.”

“Is ‘they’ your family?” I asked, and Melody nodded sadly without taking her wide eyes off me. “And does your family really live in this ancient place? It’s practically falling apart!”

“I want to be free!” she insisted, ignoring my question. “You can understand freedom, can’t you? Please, set me free!”

“Okay, I’m setting you free,” I said and I pulled open the door.

Melody ran forward and threw her arms around me. She kissed me on the cheek, her lips ice cold against my skin. Then she rushed through the open door and bounded eagerly down the stairs. I chased after her, barely keeping up. Just ahead of me, she ran through the front door, laughing with childish glee as she made it outside. I ran through the door after her.

She was gone. The field surrounding the house was now just as deserted as when I had arrived. I called her name, but there was no sign of Melody. It was as if she had vanished into thin air.

As I stood there, looking around in confusion, an old man appeared, walking towards me.

“Who are you?” I asked him as he approached.

“I’m the caretaker,” he said casually. “You’re looking for Melody, aren’t you? She just disappeared, right?”

“It’s always the same story,” the caretaker explained. “Someone finds a note in a bottle and it directs them to come here. They meet Melody in her room and feel sorry for her. They let her out. Later, someone else finds the same note in the same bottle. When the next person comes here, Melody is back in her room, once again waiting to be rescued.”

“Why does she end up back in there?” I asked, trying to make sense of what the old man was telling me.

“Because that’s the room where the poor girl died back in 1890,” he said, and a shiver ran down my spine. “She was only eleven years old. Every now and then, her ghost entices people to let her out, but it seems that her spirit can never quite escape the room that imprisoned her in life.”

This story originally appeared in The Writers’ Mill Journal: Volume 4. 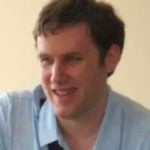 Matthew McAyeal is a writer from Portland, Oregon. His short stories have been published by Bards and Sages Quarterly, Fantasia Divinity Magazine, cc&d, The Fear of Monkeys, Danse Macabre, The Metaworker, Scarlet Leaf Magazine, Bewildering Stories, The Magazine of History & Fiction, Tall Tale TV, Fiction on the Web, and Necro Magazine. In 2008, two screenplays he wrote were semi-finalists in the Screenplay Festival.