The Lingering Taste of Mars

The Lingering Taste of Mars

“I feel like I left my mind on Mars. Even now, I can still hear the wind.”

Rosie reaches over from where she sits on her rocking chair and winds her fingers around mine. She hasn’t changed a bit, despite the years I was gone. Her face is still every bit as bright and optimistic as it was on our first day of training, when I met her. “It’s windy here sometimes, too, you know.”

I don’t like to argue with her, so I nod, but the wind still howls in my ears, a sharp and persistent warning, though the treetops along our hillside view barely waver.

My coffee smells like rust, like the oxidized iron of the red planet’s surface. There’s something about it that sets my heart racing. Rosie claims that it’s just the caffeine. That I ought to take better care of myself. We sit face-to-face in Olly’s diner, each staring out the window at the folks passing by on Main Street, and I wonder why Rosie’s brought us here, of all places.

“The last time we were here, we fought,” I remind her. “You didn’t want me to go, and I thought you were just jealous that I was assigned to the mission that you’d wanted.”

“I’ll have Olly switch you to decaf,” she interrupts and rises from her seat. As she leans in to grab my mug, I catch a whiff of something acrid, like welding fumes or brake pads. Like space.

There’s dust between my teeth. It’s fine and gritty and red, and no matter how hard I brush or how diligently I floss, I can still feel it when I run the tip of my tongue along my gumline.

“How long has it been since you saw a dentist?” Rosie stands in the doorway, dressed in a gown of cherry-red—the one she stress-bought the week before I left. I’d been upset at the extravagance of her spending, and where would she even wear it anyway? And she said she’d save it for when I returned. But her voice had bristled with sarcasm, hadn’t it?

Dust tickles my throat and I choke. I spit in the sink and gape at the red saliva.

I hadn’t planned to return, had I? The plan was to for me to stay there and wait for Rosie to be assigned a later mission so that we could be together again. Settlers, together, in a brave new world of our making.

I look up into the mirror. “Rosie? What am I doing here?”

“I’ve been wondering the same thing. We were supposed to be at the party fifteen minutes ago. Now hurry up; you know I hate how everyone stares whenever we show up somewhere late.”

She turns to leave and, seized by impulse, I touch the place on the mirror where she’s disappeared. My fingers come back coated in dust.

My ice cream cone is tasteless. It’s like licking a block of ice, too cold to tell if it’s vanilla or chocolate.

“What flavor is this anyway?”

Rosie leans across to my cone, and I watch the kaleidoscope of the nearby merry-go-round spin dizzily behind her.

“It has been a rocky road, hasn’t it?” I say, no longer holding any ice cream. “I could have turned the mission down. I could have waited, and we could have gone together. But I was too impatient. Too caught up in my own importance. I should have waited for you.”

“Yes, you should have.” The lights of the merry-go-round sparkle in Rosie’s eyes. But where, I wonder, is the music?

“You would have known what to do.” My voice is hoarse. “When that dust storm tore that hole in the habitat, you’d have just fixed it. You wouldn’t have panicked like I did. You wouldn’t be lying there, hallucinating about home when you ought to be using what oxygen you have left to repair the hole in the wall.”

“Yet you’re still too proud to say sorry, aren’t you?”

The ice cream has reappeared in my hand. I lick it, but it’s still too cold to taste.

“Get up.” The voice in my head sounds like Rosie’s, but that’s impossible. She’s 110 million miles away, where I left her. “Grab that epoxy tape and get to the wall. Hurry. Go.”

Martian dust blows across my face, and when I open an eye, I can see the torn edges of the habitat flapping angrily.

I push myself up—dizzy, lightheaded, confused—and fumble with the tape. My head throbs. My vision wavers. I can’t do this.

Her words echo in my head, static-filled and delayed twenty minutes in transmission from Earth. I nearly sob at the sound. They must have called her into mission control. They knew that hers is the one voice I’d always hear.

There’s no time to wait for her response. I stagger forward, tape at the ready, reaching out for her across the empty space that’s grown between us.

My hand finds the wall. 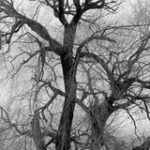 Wendy Nikel is a speculative fiction author with a degree in elementary education, a fondness for road trips, and a terrible habit of forgetting where she's left her cup of tea. Her short fiction has been published by Analog, Beneath Ceaseless Skies, Nature, and elsewhere. Get her time travel novella The Continuum on Amazon. It is part of the Place in Time series. Also check out her fantasy short story collection Impossible Realms and her sci-fi short story collection Perilous Stars. For more info, visit WendyNikel.com