Modern transhumanism is the belief that, in the future, science and technology will enable us to transcend our bodily confines. Scientific advances will transform humans and, in the process, eliminate ageing, disease, unnecessary suffering, and our earthbound status.

Artistic representations of humans uploading their minds to cybernetic devices or existing independently of their bodies abound.

In Altered Carbon (2018-2020) we are introduced to a future where human consciousness can be downloaded into devices called “cortical stacks”. This technology reduces physical bodies to temporary vehicles or “sleeves” for these storage devices, which are implanted and swapped between various bodies.

The Matrix (1999, 2003) depicts humans living in a digital simulation while their bodies remain inactive in liquid-filled pods. The artist Stelarc explores our transhuman future in “monstrous” creations examining the boundaries between human and machine.

But these speculations are not limited to art and science fiction.

The public intellectual Sam Harris and world-renowned physicist David Deutsch imagine a future where we are able to download conscious states and live in matrix-like virtual simulations. The historian Yuval Noah Harari suggests that, in the not too distant future, these technological advancements will transform us into new godlike, immortal species.

Some thinkers, like the philosopher Nick Bostrom, believe we might already be living in a computer simulation. Elon Musk is developing brain-machine interfaces to connect humans to computers.

These imaginings of our transhumanist future take many divergent forms, but they share the idea science will enable us to free our minds from bodily constraints.

But these ideas aren’t modern. In fact, the desire to transcend our nature is a continuation of the Enlightenment ideal of human perfectibility: today’s ideas of transhumanism can be directly traced back to two 18th century thinkers.

Marquis de Condorcet: life will have ‘no assignable limit’

Marquis de Condorcet (1743-1794) was a French revolutionary who believed science would bring about unprecedented progress.

Condorcet was a mathematician who aimed to apply a scientific model to the social and political dimensions of society. He thought improvement in education would produce more knowledge, which in turn would further improve education — creating an ever upward spiral of progress.

His reception speech to the French Academy in 1782 captured the optimistic spirit of the age. He declared: “the human mind will seem to grow and its limits to recede” with the advancement of science.

In Outlines of an Historical View (1795) he wrote:

Would it even be absurd to suppose […] a period must one day arrive when death will be nothing more than the effect either of extraordinary accidents, or of the flow and gradual decay of the vital powers; and that the duration of the middle space, of the interval between the birth of man and this decay, will itself have no assignable limit?

Condorcet imagined science would lead to humans transcending their bodies and, in the process, attaining immortality.

William Godwin: the extinction of anguish, and passion

Godwin was a political radical whose sympathies lay with contemporary French revolutionaries like Condorcet. He believed an expansion in knowledge would lead to improvements in our understanding, and thereby increase our control over matter.

Godwin outlined this vision in his book Enquiry Concerning Political Justice and its Influence on Morals and Happiness (1793).

He wrote that human passions and desires would become extinct along with disease, anguish, melancholy and resentment. This was a future in which people no longer had sex nor reproduced. The Earth instead would be populated by disembodied humans who have achieved immortality.

“There will be no war,” wrote Godwin, “no crimes, no administration of justice as it is called, and no government”. Scientific progress for Godwin not only meant we would be rid of ailments plaguing the physical body, but also those affecting society.

For Godwin, like Condorcet, human perfectibility was unlimited and, more importantly, achievable.

Godwin’s daughter, Mary Shelley, went on to write one of the earliest literary works to depict transhumanism, Frankenstein (1818). Her vision of a scientific future was much less rosy.

Godwin and Condorcet imagined humans progressing towards perfect harmony, transcending bodily existence and achieving immortality with neither desires nor suffering.

Like their modern transhumanist descendants, they believed these radical transitions would occur in their own lifetime. Critics thought their work to be fantastical; more fiction than fact.

As we now know, the critics were right: neither Godwin’s nor Condorcet’s extraordinary visions came to fruition. It has been more than 200 years, and we are still waiting for science to deliver us from our bodies.

This does not seem to deter transhumanist punters. Will we become the immortal human-machine gods, as Yuval Noah Harari predicts? Or will we still be waiting to transcend our fleshy bodies in the 23rd century?

Only time will tell. But, for those of us who prefer to hold on to our bodies for a little while longer, the fate of Godwin and Condorcet’s visions should be good news. 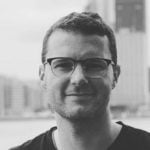 Henry-James Meiring is a registered clinical psychologist and a doctoral candidate in the Institute for Advanced Studies in the Humanities at the University of Queensland. Research interests include psychoanalysis, evolutionary science, and the psychology of religion. His article "Thomas Robert Malthus, Naturalist of the Mind" was awarded the Annals of Science Best Paper Prize for 2019.