But what if you were learning magic in addition to math? How many of us have wished they were going to Hogwarts instead of Highschool? (Okay, maybe it’s just me.)

But would you REALLY want to go to magic school?

Here are some magic schools you would — or would not — want to attend.

Apply: The School for Wizards from A Wizard of Earthsea 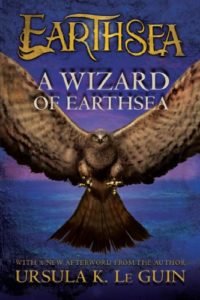 If you like Hogwarts, then you will like Hogwarts’ predecessor, The School for Wizards from A Wizard of Earthsea by Ursula Le Guin.

This classic story of the coming of age of a powerful boy wizard will appeal to Harry Potter fans.

Ged, a young wizard from an impoverished background, learns a lot more than magic at the school — he learns humility as well as the price and responsibilities of power.

This is the kind of school where the lessons are challenging, but the teachers care, and Ged certainly earns his wizard’s staff at the end of his training.

Skip: Brakebills College for Magical Pedagogy from The Magicians 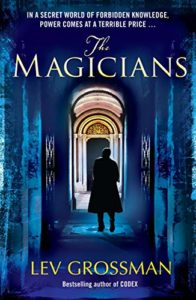 If you think learning magic is easy, don’t go to Brakebills College for Magical Pedagogy from The Magicians by Lev Grossman.

This is brainy magic, not fluffy magic.

And be sure to bring your winter clothes — Quentin spends the spring semester of his fourth year in Antarctica practicing magic in silence and isolation.

But if you don’t mind working hard in silence for extended periods, this is the place for you. 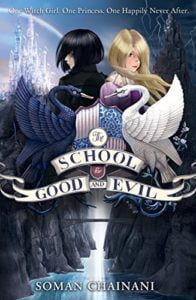 Not that Agatha had any choice — she was kidnapped by the schoolmaster and brought to The School for Good against her will.

Here, “good” girls are trained to be fairy tale princesses. They learn helpful things like how to find their prince and how to smile. If a girl is not asked to the ball, she is left in the woods to die. If a boy doesn’t have a ball date, he gets half off his grade.

Not exactly a bastion of enlightenment. Then there is the fact that students at The School for Good must wear pink all the time. Yes, it’s that bad.

Agatha, the only “ugly” girl there, thinks she was put there by mistake. The other girls look at her and assume she should be in the School for Evil instead.

Yet Agatha not only survives smiling lessons but manages to show the princesses-to-be that goodness comes from within, not from a pretty gown.

In the School for Evil, future fairy tale villains take classes in “uglification” and learn how to make ugly warts appear on their faces. If you are ugly, then that makes you a villain, right? Sure. Sophie thinks so, and so she simply can’t understand why a beautiful girl like her would wind up going to school with witches and future villains.

She, like her best friend Agatha, believes she is at the wrong school. However, it soon becomes clear that her beauty is only skin deep, and Sophie must contend with her own inner darkness if she is to prove that she really is a princess.

While this school is more fun than the School for Good, it’s still not a place for the faint of heart. But if you like fresh takes on fairy tales from the villain’s point of view, you would like this place. Watch out for murderous gargoyles, menacing wolves, and don’t ever get sent to the Doom Room! 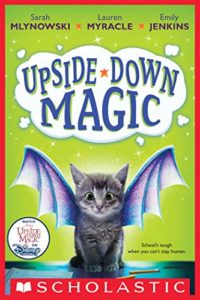 The book is quite different from the movie, so I will stick to the book here. Sage Academy from Upside-Down Magic by Sarah Mlynowski, Lauren Myracle, and Emily Jenkins seems like the perfect place to learn magic. It’s the kind of school you think of when you think “Magic School.” Its grand Hall of Magic and Performance seems straight out of Hogwarts.

At Sage Academy, the flares, flyers, flickers, fuzzies, and fluxers all attend their designated classes, learning cool magic. Going there seems like fun. And yes, if I’m honest, that would be the magic school I would like to be accepted into. Kind of like the Harvard of Magic Schools. Nory Horace wants to be accepted there more than anything, to prove to her father (who also happens to be the headmaster) that she belongs. But unfortunately, her magic is not “perfect” enough for Sage Academy. Her magic is “wonky,” and she can’t just turn into a cat like other fluxers. She turns into a dritten — a kitten with dragon wings.)

Those of us who have aspired to run with the “cool” crowd and gotten rejected can relate to Nory’s feelings when she is not admitted. Nory still maintains the hope of making her magic “perfect” enough to go there one day. Then she begins to realize that what makes her different makes her special and begins to see her magic’s “wonkiness” as a blessing instead of a curse. So yes, who wouldn’t want to go to Sage Academy? But yet, sometimes what we want isn’t really what we need, and Nory ends up in the school that she really needs to be in.

Nory, rejected by Sage, is sent to live with her aunt and attends Dunwiddle Magic School, also from Upside-Down Magic, as part of its Upside-Down Magic class. While Sage Academy rejects students who are “different,” Dunwiddle accepts them and encourages them to embrace their uniqueness. Under the wing of Ms. Starr, the Upside-Down Magic teacher, Nory learns to accept herself as she is.

While there are the usual bullies and mean kids that you find at any school, Nory finds friends that support her and a teacher who believes in her. If you get an acceptance letter here, go. As for schools I would like to attend, Dunwiddle is definitely a yes.

Apply: Osthorne Academy for Young Mages from Magic for Liars 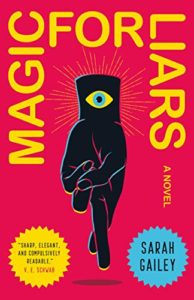 Osthorne Academy for Young Mages from Magic for Liars by Sarah Gailey — mages, not wizards, if you please — is a typical private high school. Typical if high school included classes in theoretical magic, and the class bullies have magical abilities that could make your life even more miserable than they would in a “normal” high school.

This school has everything you love — and hate — about high school, the mean girls, the high school romance, cliques, and teen drama, with a magical twist. The books in the library whisper, so it’s not exactly a peaceful place to study.

And then there is the fact that one of the teachers has been killed in what the magical police think is a spell gone wrong. The headmaster believes it is murder. Private investigator Ivy Gamble has spent her whole life trying to convince herself that she doesn’t want to be magic like her twin sister Tabitha, a teacher at Osthorne.

When Ivy is asked to solve the murder, she must contend with her feelings about magic and her sister’s abilities. If you’ve ever wondered how the muggle siblings of Hogwarts students might feel, this book might give you an answer.

If you’ve ever wondered if being “The Chosen One” is really such a good thing, you might want to check out Osthorne.

Who wouldn’t want to go to Yale, right? Well, don’t answer too quickly.

In Ninth House by Leigh Bardugo, Yale is home to the Houses of the Veil, eight secret magical societies made up of some of the sons and daughters of the world’s most wealthy and privileged.

Lethe House is not for the squeamish.

Do you think it would be cool to see ghosts? What if they never left you alone? Still want to go? How about magical surgery where a mental patient’s internal organs are taken out and used to predict the stock market? What if the world’s most powerful people also had the power of magic behind them? It’s a bit horrifying to think about.

So, I, for one, would probably give acceptance to Lethe House a pass.

Skip: St. Ivory Academy of Spellcraft and Sorcery from The Black Mage 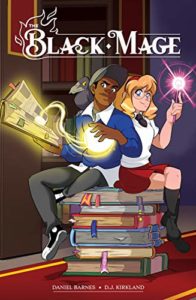 The graphic novel The Black Mage by Daniel Barnes and D.J. Kirkland is inspired by the lack of Black characters in Harry Potter, and it directly confronts racism in education. Tom Token is the first Black student to attend St. Ivory, a historically white wizarding school.

The play on words is intentional — Tom even has a crow named Jim.

While at first, it might seem that the wizarding world is progressing, it’s not long before Tom realizes all isn’t what it seems.

As if being the only Black student in a white school full of racist students and teachers isn’t hard enough, Tom finds that the faculty are all part of the KKK and the headmaster is also the Grand Master. They plan to steal Tom’s soul to keep the magic that powers the school going.

Needless to say, you should throw that acceptance letter out.

The Special Institute of Technologies from Vita Nostra by Marina and Sergy Dyachenko is not a school you would want to attend. Trust me. When Sasha is given coins for admittance to the Special Institute of Technologies, she should have thrown them away. Sasha is compelled to leave everything behind and goes anyway, even though she doesn’t really want to.

When she arrives, she realizes that no one else wants to be there either.

The books are impossible to read. The lessons make no sense and resist memorization. Not a fun school to begin with. Then there is the fact that the school uses terror and coercion to keep the students in line. To fail at the impossible lessons brings horrible punishment upon the student’s loved ones.

If you get an acceptance letter from this school, I recommend throwing it out immediately. 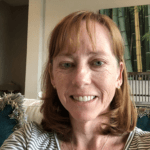 2021-09-12
Previous Post: Time to announce your NaNoWriMo project
Next Post: This week’s top writing advice from around the web for Sep. 12