Boskone 59, New England’s longest-running science fiction convention, kicked off on Friday. This year’s guests were introduced and there was an awards ceremony.

You can find out more about the guests here.

Ted Chiang, sci-fi author and guest of honor, spoke next. Chiang said the first convention he attended was probably Boskone, in 1988, and he was delighted to have returned.

Chiang’s first story collection Stories of Your Life and Others was translated into 21 languages. The first tale, The Story of Your Life, was made into the movie Arrival which was nominated for an Oscar.

Chiang’s fiction deals with a variety of topics, including communication, artificial intelligence, and first contact. He has won 4 Hugos, 4 Nebulas, and 6 Locus Awards.

Grubbs went on to present two awards — the award for the winner of a short story contest, and the annual Skylark Award.

Shira Hereld of Pennsylvania for What Feels Good, Olga Werby of California for Floaters, Alex Evans of France for First Blood, and M.A. Florin of Romania for The Last Choice of Isabel.

The Skylark Award is the Edward E. Smith memorial award for imaginative fiction and is presented by the New England Science Fiction Association annually to someone who has contributed significantly to science fiction both through work in the field and by exemplifying the personal qualities that made the late Doc Smith well-loved, Grubbs said.

The award consists of a trophy sporting a lens, a reference to Smith’s Lensman series.

Kowal beautifully described the science fiction writers and fans community as a space where people are free to be the truest versions of themselves.

“Those of you at Boskone lookout for someone new, someone who might feel like an outsider the way you once did,” she said. “Take a moment to welcome them.” 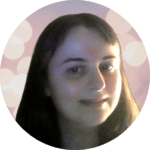 Noreen Brenner is a science fiction writer with masters degrees in molecular biology and bioinformatics. Her Kobo author page is here. She's currently working on a novel featuring an intergalactic human civilization, time travel, and aliens. Follow her on Facebook at Noreen Brenner Author.