What was I supposed to do? How would you save an impossibility?

I left the man how I found him: in my basement, emerging from the floor as though lurching out of a frozen black lake. He was trapped to his knees. One hand was entombed in the cement up to the wrist, which forced him to bend nearly double. He strained to look me in the eye. With his free hand he beckoned me and his mouth was moving rapidly, but there was no sound.

I put down my basket of dirty laundry, walked calmly up the stairs, and locked the basement door behind me. Then I left for the whole weekend.

You know I supervised every stage of the construction of this house. It’s solid, it’s new, I used sustainable materials whenever I could. In short, I made the least evil house I was capable of. There’s no fucking way it’s haunted.

I knew that, but I slept at a friend’s place Friday. Unfortunately she was having company, so I crawled over to my ex’s on Saturday. I kept catching him staring at me. It made me compulsively feel my face, trying to detect something wrong.

Finally I snapped, “I just need a place to sleep. Stop looking at me like you’re at an exorcism.” He turned away sharply, making me feel terrible on top of everything.

Before you ask, he left me, by the way. If anybody should be feeling guilty…

I spent the night wide awake and wrapped in separate blankets next to him—I’d told him not to be stupid, we were both adults, no need for one of us to take the couch. In the morning, I grabbed my phone off the bedside table and booked a hotel for the next night. I’d had enough of being scrutinized. I was gone before he woke up.

Last night was the hotel; today I went to the office. There were plans to work on for the townhouse project in the suburbs. But eventually I ran out of things to do, so now I’m at the park, drinking vodka out of my thermos. Self-hatred wells up in me. What kind of coward gets driven out of the house she built?

I don’t want it to be dark when I get back.

So I face things. Either I find a corpse slumped semi-upright in the basement floor, tripodded on three bloating limbs, or I find nothing.

I’m wrong about that, though. I see him the moment I walk in the door. The man is entombed in the wall of the living room, his head hanging out like a surly trophy. One arm is jutting out too, from just below the elbow, but the joint is fixed in place so he can only feebly waggle his wrist.

I go into the next room to see if there’s any more of him coming through the wall on the other side. Nothing. I designed my interior walls to be thick, but not thick enough to hide a whole man.

He’s still following me with hangdog movements of his head. I feel unfairly accused. “Get out of my house,” I yell. Then I see he’s trying to talk to me again. He’s forming words slowly, like I’m stupid.

This time I go to my woodworking bench in the basement and get the portable bandsaw. He won’t bleed, given that he isn’t real. But I find some goggles, an apron and plastic sheeting. Doesn’t hurt to be extra prudent.

I don’t look at him as I spread the sheeting on the floor under him and then tape it to the wall, trying to cover as much as possible. But his hand flutters in the corner of my eye.

But I have to see him during the removal. While I’m climbing up the stepladder to get better leverage, I accidentally meet his eyes—huge and dark and frantic. He doesn’t really look like my ex; it’s just a moment of vague resemblance.

He lurches suddenly and more of his arm shoves out of the wall. It’s enough for him to bend his elbow. He flails for me. I startle and fumble the saw. Blood arcs up the wall all the way to the ceiling.

Once I’ve made myself stop screaming, I inspect the wound. It’s just a clumsy slice through the meat of his forearm.

He’s not a human being.

And if, somehow, he is, I should put an end to his misery.

When I’m done, I’m drenched in blood. I should be traumatized by what just happened, but I don’t feel much except for a trembling in my hands. I throw everything away, my soaked clothes and the apron and the sheeting and the stuff bundled in it. The whole mess is enveloped in several layers of garbage bags when I bring it out back in the dark.

I take a shower that lasts the rest of the evening, praying I don’t have to do this again.

My ex calls and says he’s worried about me. By now, I’ve managed to scrub the stains from the ceiling. It still feels like something is waiting in the walls, and company sounds like a nice distraction.

I fix caprese salad and pasta and I make myself look and act nice. My ex ends up staying over. All through the evening I have to swallow down a cold hilarity, because I have an idea what will happen. Maybe I even make it happen.

Because it’s while I’m on top, slamming down my hips almost viciously, that I look up and see the man’s face high up in the corner. As I stare, the tips of his fingers push out of the wall. He thrusts his head down, and then his shoulders appear, then one bent knee.

Without a word, I climb off the man in bed, ignoring what he says to me, and I go to the kitchen. I’m prepared. Now I’ve got a light and wieldable electric knife.

He’s managed to come completely out of the wall by the time I’m back. He’s staggering toward me naked with arms outstretched. I guess I wasn’t wrong that he looks like my ex, after all, but I’m entirely without sympathy.

He finds his voice at last. But if he ever had words, he forgets them at the first plunge of the whirring blade.

I dump the blade in the bathroom sink as I draw in huge gulps of sticky, iron-scented air. I feel so weak with relief and drained anger. It doesn’t occur to me to look for my ex until the man from the wall has gone completely still. He’s not here; I’ll have to call him and explain the whole thing. But first, I’ll take care of things. Like I always do. 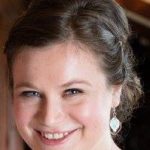