Mr. Langley hobbled through the front door of my practice as the sun set, a tall, grim man with a face drawn by age and sickness. He leaned on a cane made from elephant tusk, and his breath wheezed in his lungs like branches scraping a windowpane. His coat was dirty, the vest beneath old and faded, and the silk handkerchief he pressed to his mouth stained with dried blood.

“Mr. Langley,” I said. “You should not be out in this weather. The chill will only worsen your condition.”

Langley waved away my warning. “Do you have it, Doctor Jansen?” His voice was hard as old iron despite his failing health.

I had dreaded this moment, and I was ashamed to say I had secretly hoped Mr. Langley might die before he could collect his order, no matter how desperately I needed his money.

“Show me.” He shuffled to the glass counter where I keep examples of the dentures I carried. He was interested in teeth, but not those I sold to my patients.

I placed a teak box on the counter and removed the lid. Inside were a set of dentures, ivory white, the teeth perfectly shaped except for the canines. Seeing them made me queasy, summoning memories I had buried long ago.

Mr. Langley’s eyes widened–they were a muddy green, the color of dying, rotting things–and his lips turned up in a smile. It was an ill-fitting expression on his haggard face. “Is it truly him?”

“Yes. All that remains.” I replaced the lid and pulled the box away. “There is still the matter of payment, Mr. Langley.”

He glowered at me but reached into his coat and placed a small silken bag on the counter. I opened it and hundreds of small, perfect diamonds gleamed within. Langley owned mines in Africa and South America. His wealth was vast, and he needed those resources to convince me to part with the one thing of value I owned.

“There is enough to run your little practice for the next century should you wish,” Mr. Langley glanced around at my shabby office. “You will install the teeth at once.”

“You have your bloody money. Now, do as I ask.” He thumped his cane on the floor. This was not a man accustomed to questions or delays.

I pushed my reservations and fear aside and stuffed the sack of diamonds into my coat. “This way.”

Mr. Langley sat reclined in one of my dentist chairs, head back, mouth open. For a man of his age, his teeth were in surprisingly good condition.

“Mr. Langley, I must remove your natural teeth to install these dentures,” I said. “There will be considerable pain, but with your age and health I cannot risk anesthetic.”

He laughed, short and sharp. “My lungs are riddled with tumors eating me from the inside. I wake each morning and cough blood until I vomit, then spend my day wracked with agony I hardly thought possible. Pull the teeth, Doctor, and spare me your coddling.”

I started with an incisor on the bottom jaw. The root of such a tooth is straight and cone-shaped, making for an easy extraction. Mr. Langley did not flinch as my pliers crunched through the enamel nor did he move a muscle when I twisted the tooth from its socket. Methodically, I pulled the rest, and his face remained a stoic mask even as his mouth filled with blood.

When I finished, I pushed the dentures into his mouth. Generally, dentures must be custom-fitted, the base formed to the contours of the patient’s mouth. The blasphemous things I had made for Mr. Langley required no such preparation. They sealed instantly to his gums, soaking up the pooled blood.

He shuddered and loosed a long ragged breath. He did not draw another nor would he ever again. He wasn’t dead, of course, he was something far worse. Mr. Langley’s eyes remained open, and he blinked, once, twice, and sat up. His face had taken on an unusual pallor–bone white, the skin tighter, smoother, giving him an appearance of youth he did not possess. His eyes had gone from that revolting green to a brownish red, like old blood.

“I feel . . .” he said, holding his hands up to his face. The fingers were longer, thinner, his nails coming to a fine point. “Strong.” He leapt from the chair with a whoop of joy, his body all but vibrating with energy.

I stepped back and undid the top two buttons of my shirt. He seemed to notice me again, and turned, his new eyes filled with want, need, hunger.

“You know, Doctor, I did some research on you,” he said. “Jansen is your mother’s name.”

I took another step back, toward the door. “Correct. My father’s name carries certain . . . expectations.”

“But such a strong name,” Langley cooed, following me. “Van Helsing.” My father’s name rolled from his tongue like a curse.

I reached into my shirt and removed the golden crucifix. Langley recoiled, lips skinned back from his new teeth and long, pointed canines.

“Our business is it an end,” I said, keeping the crucifix between us.

Langley’s feral sneer became a smile. “Of course, Doctor.” He gave me a wide berth and moved to the door. “I do hope you will not pursue your father’s profession.”

I laughed, but there was no mirth in it, only bitterness and sorrow. “My father’s profession bankrupted us. He died a laughing stock and a pauper. I have no wish to follow in his footsteps. Now leave.”

Mr. Langley left my shop, his back straight, his gait quick and sure like a stalking beast. I held my father’s crucifix and watched him disappear into the night, the bag of diamonds in my coat weighing on me like thirty pieces of silver. 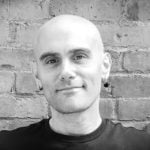