“Okay, people, we are a go on dandelion seeds. I repeat, we are a go. Look sharp. Nixie and Cedric, inhale. And release in three, two, one. Blow, blow.”

Despite her ragged clothes and empty stomach the little girl skipped down the trail, all smiles, singing a cheery tune. As she rounded a grand old chestnut, a cluster of dandelion puffs wafted her way. She giggled, reached out and caught one.

The curly-haired girl raised her clenched fist to her lips, squeezed her eyes shut and grinned, lifting her rosy, dirt-smudged cheeks skyward. She whispered into her hand and unwound her fingers in a quick sweep. As the feathery bristle caught the wind and drifted off, the girl continued on her merry way.

“H.Q., can you confirm? Has a wish been registered? Over.”

The team fluttered into the air, emitting shrieks, whistles and cheers.

Elva waved her tiny hand frantically urging the others to quiet down. Everyone listened, breath bated.

“She wished for the baby’s cough to abate. Repeat, she spent it on the baby. It’s another misfire, folks.”

Elation turned to long faces, slumped shoulders, and dips in altitude in as many seconds as it took to hear the news. Weary and downtrodden, they feared they would never get the kid out of abject poverty, away from her wicked guardians and on a path toward the life she deserved if she didn’t start wishing for herself.

They’d been on the job a solid year experiencing one failure after another. The long half of the wishbone went to her older brother finding employment, which incidentally led him away from their dreadful little cottage and life, compounding her misery. Coins conveniently lying by the well were tossed with hopes of healing her foster mother’s sore feet, her family finding much needed firewood, and toward the goat having twins.

Determined, the fey band managed to manipulate a long noodle, not only into her household, but into her supper bowl—a major coup. They held their collective breath as she slurped the whole thing down without breaking it and then wept over a wish spent on saving the neighbors’ chickens from an obstinate fox.

They sent rainbows her way and placed pennies in her path. Selflessly, she bequeathed wish after wish away, becoming more and more worthy with each sacrifice. Fortunately, fairies never quit.

For the umpteenth time, Elva sighed deeply, gathered her reserve and reaffirmed her resolve. “First star, you’re up. We have an hour until sunset. Cue, clear twilight. We are a go for star light, star bright. We need twinkle, people. Let’s move.” 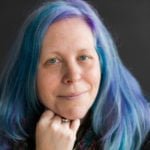 Katrinka Mannelly writes and lives in Fircrest, Wash. with her husband Brian, daughter Tigist, dog Queenie and cat Riptide. Her book, Section 130 is now alailable in hard cover and ebook format. Check out what she's up to at 130andBeyond.com.