The weatherman announced a beautiful sunset over Tennessee this evening. I won’t see it. The hayride just turned the corner into our driveway. The dark horses hauling it blow icy smoke through their nostrils despite the warmth, their unseeing eyes a translucent blue. William is on time, as I knew he would be. Holding the reins with scaly grey hands, his skin is marked with oddly shaped burns, and a tattered rope dangles from his neck.

Dad is already sitting on the filthy hay at the back, fingers weaved in private prayers. He only turned 70 a year ago, but he seems to have aged ten since then. It’s his third ride now, my second.

He tugs at my hand nervously, his small nails digging into my skin. I told him he had to come on a hayride with Mommy; I didn’t say I was terrified—moms can’t be terrified in an 8-year-old’s world.

William’s dead stare meets my eyes and I know it’s time. I lift Max onto the hay; he huddles against his pop, then waits. I jump in next to them, wincing at the rotting smell, the prickly straw, the dread in my father’s eyes. William never says a word; he snaps the reins and the horses trot down the lane, through the silent town and into the woods.

It’s springtime and William is as young as the century. He smiles widely as he steers the hayride through the buzzing town square. He loves the effervescence following the harvest, the promise of abundance, the chance of making an extra buck by offering rides on that hay he worked so hard to collect. The sun is setting; he circles the square once more, the coins in his pocket tinkling as the horse’s hooves hit the pavement.

Two white boys standing by the church, about his age, gesture for him to stop. He recognises the taller one, John, from the farm. He spoke to his sister in the fields earlier. He’s never seen the other one, a stubby dark-haired guy with hands like paddles.

“A coin for a ride!” William replies, with an inviting nod to hop on the pile of hay.

“We ain’t paying no money to you,” growls John.

They leap onto the cart. The stubby boy pushes William backward into the hay, holding him there under his weight. John takes the reins, yanking them hard, and leads the horses towards the woods.

We arrive in the woods and at our first stop. Two white boys creep up to the cart and drag young William under the trees. From our hayride premium seats, we watch as his face is shoved into decaying leaves, his ribs cracked, his left eye gouged out of its socket.

The boys haul his battered body back onto the cart. He lies at our feet, motionless. The hayride goes a bit further and so do we, helpless to stop it happening, unable to stop watching. All colour has drained from Dad’s face and his hand in mine is shaking.

Max lifts a startled face to me as I struggle to stifle waves of nausea. I wish I could shield his eyes, but I can only stroke his back and hope he remembers my promise that this will end, that we will get home to Daddy.

At the second stop, the boys use a handful of hay to light a fire. They heat up the coins from William’s pocket until the metal is glowing red in the forest darkness. A whimper escapes from my throat; I know what’s coming next. The same as on my first ride, 24 years ago. Their hands covered with farmhand gloves, the boys press the coins into William’s skin, each sizzle echoed with chilling cries of pain. Dad’s face is streaming with tears, like Max’s, like mine.

I reach to the driver’s seat and plead with William to stop the ride now. We understand, there is no need for this again.

William ignores me, just like he ignored Grandpa John when the hayride came for the first time, in 1948. No amount of apologies, of deeply felt regrets, has ever stopped it from turning up since. Once Grandpa John understood the curse, its inevitability for every generation to come, it was too late.

We set off again, heading to the live oak trees by the river. Dad is sobbing now. The boys have thrown young William back on the hayride, unconscious, his face turned to the stars. Max’s head sways from side to side, but he won’t faint. We have to watch until the end.

The rope, thrown upward, swishes over a thick branch then drops down the other side. The boys’ eyes are filled with madness as they drag William under the tree, force his head through the noose, then pull.

I wrap my arms around my little boy. I look at him, knowing the dullness spreading in his eyes will never go away. Knowing William will want us on his ride again, in 24 years. Knowing that the one hope for our family, for lack of any other, is for my child to be the last. 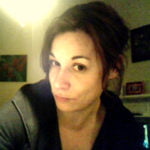 Bridget Haug plays with words at the edge of the world. Born and raised in France, she now lives in New Zealand where she sometimes writes down the untold stories lurking in her brain. Find out more at BridgetHaugWriter.wordpress.com.