Sanctum C-91 passed Earth once every six thousand years and perihelion was only twenty-seven years away. Sanctum was hidden inside the comet Alfarsi-Rufus 10, whose magnetized coma deflected solar wind, and any noise from inside Sanctum would be dampened by the coma. Still, the signal indicated something had entered the six-light-second tail, feeding on shards of H2O. The astronomical improbability of it also creeping up through the tail to the coma suggested dire intent.

Inside the comet’s flesh and inside the bulwark the smell was metallic and undercoated with formaldehyde. To conserve energy Sanctum had gone dark. Erlenmeyers, microscopes and surgical tools shone only when the bunny’s one red eye fell upon them. The tight station terminated at a cold storage chamber where frozen Tardigrade Lake glowed translucent blue like a cloudless, trapped sky. Water droplets from a spigot dripped onto calcite, echoing through Sanctum.

Inside a black pantry in the lab among dismal powdered food stuffs, lit only by a red warning light that might never turn green, squatted a trembling human child wrapped in frayed hex-pattern synthetic, oxygen mask covering her gaunt face, who tried not to breathe, for silence, which could at any moment force a fit of paroxysmal coughing and give her away.

Her robotic nursery toy detected the intruder. Once it was just a bunny—white with tall ears and it would hop around the nursery. There were no toys in the nursery anymore. None were needed—the child was feral. But that’s okay, Peter thought, because she’ll have a whole planet to run around on. Peter wasn’t a realistic bunny, but anthropomorphized. He could calculate. He could converse and entertain. Now he controlled Sanctum and nourished the secreted human child.

Human? The child was strange. Its habits didn’t conform to those who made Peter the bunny. In the control room Peter watched the convex display screen. Panel lights tinted his dingy fur—threadbare and stitched all over, one eye recessed and burning red, one arm without its covering, but with five dexterous alloy fingers. Thumping the grated floor with one heavy foot, he studied the intruder in the viewscreen: killing machine programmed with the gifts of evolution’s best killers. Its flitting movements suggested agility and precision striking. It dashed the tail ice violently, like spermatozoa attacking the egg, and then returned to a lifeless drift safe in the black alongside the comet. It was the intruder’s economy that curled Peter’s ears. Its patience. Its potential.

Clinging to surface regolith, the intruder’s drill emerged from its mantle, screaming as it tore through the comet flesh and struck the hatch, where it stopped. Peter stood very still, so still that he heard water dripping from the spigot, heard the child’s timid breathing, and his own whirring innards. Then three periodic claps rang Sanctum like a bell.

The viewscreen focused a squid-like creature with a matte carapace, rounded and elongated, from which yellow light escaped two hyphen slits. Under the carapace curled metal prawn arms, and twelve telescopic tentacles floated behind. It persisted knocking with its dome in groups of three, increasing in urgency and intensity until the child hiding in the pantry screamed into a wadded rag.

Fearing the hull would buckle, Peter spoke into a microphone. His voice was happy and fun and childlike. “Stop banging and leave at once.” The intruder stopped long enough to listen, then resumed in earnest. The banging pulsed. Peter had heard so many pulses—from syncopated arrhythmia to ritardando death—but this pulse felt like his own clock-steady rhythm. “I’m not organic,” Peter said. “I’m like you. And I’m warning you.”

Peter enhanced the viewscreen. He studied the intruder’s amber eyes and onyx dome. It thrust six of its tentacles into the well it had drilled. The others floated like lampreys. Outside the hatch, Peter cast a hologram of himself composed of fine grains of yellow, blue and red. The intruder inspected the hologram’s integrity by lancing Peter’s face. Pixel grains scattered and reassembled. Peter smiled, stretching his harelip. “You see me. Now go.” He intoned silliness.

“Are you the curator?” the intruder asked. Its synthesized, metallic voice distended through the speaker and through Sanctum’s control room to the nursery, lab and pantry. Peter cut the hologram. He thumped his foot and wished he’d been constructed better. He was a toy for humans. But they’d taught him things. And he taught himself things. But those things all came from and existed within Sanctum. The intruder came from out there.

Again it knocked. Peter felt the tremor, heard the hatch’s seams stretch, saw the electrolysis reading flutter. He recast his hologram. “The explosives respond to vibration,” he said, giddily. He worried for the child in the pantry. He estimated her vitals. The temperature was dropping.

“Nothing’s here,” Peter said. “Besides . . . it’s just you and me. It’s over.” This was Peter’s fear—why Peter kept rigging his power supply and maintaining Sanctum and learning surgery and endocrinology. Peter was a toy but he suspected his human was probably the last.

“That makes no difference,” the intruder said.

“When did you last receive an update? A signal? Anything?”

“I will destroy you.”

As they conversed Peter hopped and wiggled his stained tuft and twisted his whiskers like a waxed mustache with his fingers and winked his good marble eye and danced routine number 57 from his programming, but he would not thump. He would not let his ears droop.

“What is this station’s purpose?”

“It has no purpose,” Peter shrugged, “except as a morgue. There’s no life in the solar system larger than tardigrades.”

Peter turned a cartwheel, then stood on his head and grinned. “How long since you’ve destroyed something?” he asked.

The intruder did not reply. In the pantry, the warning light blinked red. Peter did not look in that direction. The intruder’s threat pinned him to the grated floor. He waited patiently for a reply.  He was a very old toy.

“Thousands of years,” it responded, at last.

“Tell me what you’ve seen.”

“Show me the morgue.”

Slowly, Peter rotated his head toward the blue chamber. The hologram projector cast a wide image of Peter and his station and followed him as he moved. Peter weighed the benefit of self-destruction against the diminishing odds of survival: her human parts and his machine parts stripped to bare, star-seeding elements, and then the quiet—the quiet of a universe with no one left inside. With his robot hand he grasped an axe. He raised it high and swung into the ice where he stored human genetic material. Stall, he thought.

“They’re all in space, of course—the corpses. But here I keep the essence of what they were.”

There were dozens of phials.

“Many females.” Apparently the intruder could scan labels.

“Oh?” Peter hopped back blurring the projection. “I don’t remember. My capacity is limited—I deleted memories, after they were gone. But I decided I had to keep the station running. I had to have purpose.”

“I will destroy it.”

“That’s all right,” Peter glanced out the viewport, to the sun. “The comet won’t survive perihelion.” He sighed. “I’ve come to desire death. You feel it too, don’t you? It’s like . . . tired . . . and cold.” Peter slowed his voice to sound less exuberant. “I want to show you something.” Hopping in the dark, Peter entered the nursery where dust dissipated around his red eye beam as it roved over walls with unrecognizable drawings on them, no more than palimpsest. Peter gazed into a tarnished toy box containing chipped bead eyes and torn bits of fabric, a plastic button, a frayed guitar string, a broken snow globe. “Their relics,” Peter said, sniffing them.

“They created us to succeed them, toy rabbit,” the intruder said.

Peter hopped back to the control room where his display screen showed the well was empty. The intruder circled the comet, methodically stabbing into the flesh, checking for weakness—somewhere it could pry open, an exhaust.

“They should have realized in year 1961: machines function in space, they do not.”

“I will destroy them.”

“If humans made you, you can’t really be rid of them until you’re destroyed.”

“If I destroy this comet, you’ll be destroyed as well.” Peter clapped his hands. “Let’s play a game!” he said.

“Quiet.” The intruder returned to the well at speed and rammed the hatch. Peter fell into the control panel, tearing his lip. Oxygen seeped through the hatch with a piercing hiss and the control room was bathed in red emergency light. A siren warned of imminent decompression so loud that the stunted child with sensitive ears and eyes and skin emptied her bladder, smelling ammonia. It turned to ice around her. She shivered chipping her brittle teeth, sucking her respirator.

“You will freeze,” the intruder said.

“Thank you,” Peter said to the intruder cached in the well. Peter’s ragged fur began to crystallize. “Tell me a story,” he said, yawning.

“They were in the Asteroid Belt,” the intruder said. “They burrowed in like their mammal antecedents. We had a grid. We were meticulous. Now I search freely, for stragglers.”

“I remember the last outpost,” the intruder continued. “They shielded their progeny. It was useless. I killed everyone. Mothers and fathers and the old and those in prime vitality fell on the children. After, I followed weak signals. They led me as far as the system’s clouded edge, but the signals terminated before I could reach them.”

“You were lost then.”

“Endless searching . . .” Peter said, inching toward the explosives controls, stuck in slow motion. His nicked ears were stiffly bolted back. “We don’t function in space, either. Not without them.” Peter wrinkled his nose sniffing the residue of space beyond the seeping hatch. Red light bounced off his marble-like eye and off his rectangle teeth.

Peter watched as the intruder unlatched, crept to the surface, and listed into the black beyond the coma. The broken snow globe remained in Peter’s mind. He was just a toy. But he’d watched his humans fail to reproduce for lack of genetic diversity, and he’d observed how tardigrades reproduce in isolated colonies. Through parthenogenesis he’d rigged their reproductive systems, making one human at a time, to conserve, for sixty generations.

He reached for the panel. The crystals on his fur shattered and chimed. With increasing slowness, he keyed in his code—the code that had been given to him by the last natural descendant. Sealant filled the uninhabited well. The seeping hiss rose an octave and ceased. The siren died and the station warmed. Oxygen flowed again. The spigot dripped. The last natural descendant had called it “the panic button.” Peter clicked another switch from the upper position to the middle (a steady red) and finally to the lower position (green) while contemplating the forgotten things swimming in the eternal inkwell of space.

The pantry was humid and pungent, the floor wet with thawed excretion. Her stick-like arm reached from the dark pantry into the kitchen. Her papery face lay on the threshold. Blue-lightning veins branched beneath her eyelids, and unresponsive eyes collected the dim light.

The comet survived perihelion. Riding past the blue marble and out beyond the system again, Peter did not feel alone, but out of place. The universe was never out there—it only existed in their eyes. He wondered where he lost them, the human race. Where down the line did they cease to be human and become another species? Or were they artificial, by the end, like him? He remembered them in fragments, in shards of memory. And when he finally forgot them, he felt he existed somewhere beyond the universe.

This story previously appears in AE, 2019. 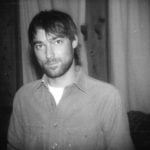 C.R. Beideman writes from Butte, Montana. His fiction appears in: The Saturday Evening Post, Gray's Sporting Journal, and AE: The Canadian Science Fiction Review. He's taught classes at Montana State. In addition to skiing and fly fishing, these days he's into gardening. His bottom right desk drawer and his first novel have a Schrödinger's cat thing going on. Find out more on Twitter @CRBeideman.