Sitting on the porch steps, she stared at the road, unaware of the scent of lilacs from the overgrown bush nearby. Most of Earth’s plants had been neglected for generations, if not destroyed altogether and the fragrance of flowers was migrating out of human consciousness.  Her heart lurched when she saw the mail drone approaching. Would her package arrive today? She squinted her eyes trying to see its payload. The old machine was taking forever to get to the house. It wobbled slowly in the air, tipping side to side. The wait was unbearable. Finally, it dropped its cache of envelopes into the mail receptacle.  Then, as she watched, the drone reached into its belly to produce one small package wrapped in brown paper. Painfully impatient, Vanessa snatched the box out of its claw, almost toppling it over. The airborne mailman righted itself with a few bobs and moved on.

Stashing the box under her shirt, she ran into the back yard and hunkered down between the GMO vegetable containers and the solar transformers. She lifted her shirt to reveal a small brown box sealed with standard packing tape. She stared at it, hesitating. Would this be the answer to her prayers? If it was, did she have the resolve to use it? She thought about all the horrible things her brother had done to her, including killing her cat when she was seven. Oddly, that wasn’t the worst. The turning point had come when he told the whole school that she was crazy and on medication. Everyone started avoiding her, giving her extra space as they walked through the halls. She had no idea what she had done to deserve this shunning. Later that day, as she walked home in tears, her brother met her at the gate, laughing, bragging about his control over her life. That was the moment she understood hate. She felt it in her chest, where her heart should be, like smoldering coals left after a bonfire of fear and rage. It had a power to it that surprised her.

Her parents, concerned about her lethargy and isolation, had taken her to the doctor, who said she was depressed and prescribed medication. If she was depressed, her brother, Mason, was the reason. When she complained about his cruelty, her parents shrugged it off as normal sibling squabbles. They didn’t want to see it for what it was. Her brother, Mason, was the one with the problem.

Was this box the help she was looking for? She had saved up her allowance for weeks and weeks, forgoing the music and games other kids were playing. It was hard, but she stuck to it and now she had it, a Space Time Rewinder, STR 400 Mini. Her brother scoffed at her when he saw her looking at it online, calling her stupid for believing in “that crap” and “No one can build a STR smaller than a house that really works.” She shrugged it off as best she could. After years of his bullying, she had grown a thick skin but she knew, at twelve years old, that it was taking its toll. She wouldn’t be able to take it much longer. She was hoping this box would change everything.

She was alone in the back yard and not worried about being disturbed. Kids didn’t play outside anymore and yards were now used to support the extensive electronic gadgetry that kept the modern family going. She listened to the hum of the machinery. Beside her was the heat/cool /power transfer box covered with solar panels, the Ethernet portal and junction box for the delivery of shopping orders, and the completely enclosed garden with a separate shed to hold the equipment that controlled for temperature and moisture. All of it buzzing with high voltage energy.

Her heart was pounding as she stared down at the box. What if it didn’t work? What if Mason was right? Possible failure kicked her in the gut, hard. No. She refused to accept that. Slowly, she tore open the packaging and lifted the lid. There it was, the STR 400. And just as promised, it was small enough to fit in a pocket or purse. Too bad it didn’t look like a pin or a watch she thought, like in the spy movies. No matter. It just had to work.

She sat there reading all the instructions very carefully. It seemed pretty simple. Turn it on, push the button, and time would set itself back 60 seconds. Her brother was right when he said that the machines had to be big to work, but that was only if you wanted to disturb time on a large scale, either in duration or area effected. Governments used it to avert terrorist attacks after the fact. They would simply set time back in an entire city and intercept the bomb or biohazard before it exploded. Her small gadget claimed it was good for 60 seconds and 60 yards. She needed a test. She stuck the TSR in her pocket and headed to the front of the house. Just then, a car hovered by. Great. As soon as the car was out of sight, she pressed the button and waited. She was about to give up hope, conceding to her brother’s bluster, when the same car hovered by again. Her heart started pounding. She pushed it again to eliminate any chance of a freak coincidence that two of the same cars would drive by her house, one after the other. Sure enough, the same car hovered by for a third time. Yes! It works!

Now what? She thought of all the imagined conversations she never had with her brother, all the things she wished she had said in various situations, all the snippy comebacks and insults she would have thrown at him. It was easy to come up with great slams long after the offending moment, but at the time of the assaults, she only froze. She just needed to buy herself some time, literally as it turned out, and here was her opportunity. Again, the fear of failure kicked her in the stomach. What if she wasn’t as bold as she thought she was? What if freezing was the only response she would ever be able to muster when confronted with Mason’s terrorizing? No. Once again she shook her head, refusing to accept that reality.

She knew he would be coming home soon. She made it a practice to know his routine in an effort to avoid him entirely whenever possible. So, she waited, crouched behind an old, mostly dead shrub. Aware of the cowardliness of her position, she forced herself to take a spot on the front stairs where, earlier, she had awaited the mail drone. When she saw him walking down the middle of the street towards the house, she stood up and moved away from the porch in case she had to make a quick get-away. She immediately regretted the move as more cowardice. Mason spotted her from the street and put on his I’m gonna mess with you swagger as he approached the yard. She started to panic like she always did. Then, as he got to the sidewalk, he tripped over the curb. She was staring at him wide-eyed knowing that this misstep would make him even more volatile.

“What are you staring at, stupid?” he snarled.

She stood frozen, like always. He growled at her and, when he got close enough, gave her a hard shove to the shoulder. She staggered backwards as he headed for the door.

Wait a minute, she said to herself. This is exactly what I plan on changing. She thought for a moment about what she really wanted to say and pressed the button. To her amazement, she could see her brother coming down the road toward the house again. Again, he tripped over the curb. Seeing it for a second time, he looked ridiculous and she let out a little giggle.

“I’m staring at a big clumsy stupid jerk, that’s what.” She shifted into her flight stance, just in case.

He was stunned by her response, but only for a moment. “Really? It takes one to know one,” he spat back, freezing her again, her courage gone. He smirked and walked away.

Oh no you don’t, she thought and pressed the button. There he was back on the street approaching the house. She wondered if he would trip every time and allowed herself a smile at the thought. Sure enough. Trip. She laughed out loud.

“I’m staring at a big clumsy stupid jerk, that’s what.”

“Really”, he started, but this time she cut him off.

“And I’m going to stop staring now because it’s making me a little sick.”

His eyes got really big at the outburst from his usually sissy sister. “What is w-r-o-n-g with you?” he growled.

Once again, she froze. She hated this response, but she had been doing it for so many years she knew it would be hard to break. Seeing her wince, her brother sneered with satisfaction and kept walking, shoving her to the ground as he passed.

No! No! NO!, she thought and pushed the button. There he was, tripping over the curb. It got funnier every time. She broke out laughing.

“I’m staring at a big clumsy stupid jerk, that’s what.”

“And I’m going to stop staring now because it’s making me a little sick.”

His eyes got really big again. “What is w-r-o-n-g with you?”

“No, it’s ‘What is r-i-g-h-t with me’! This is the new me and you had better get used to it.” She stood up a little taller and stared him down.

He glared at her, but there was a subtle shift in his posture that told her she had won this round. He snorted more to himself than to her and headed up the stairs to the house.

This story previously appeared in Marie LeClaire Library in 2021. 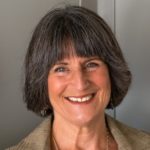 Marie LeClaire writes in Magical Realism. She has four novels available on Amazon.com. She also writes short stories that appear on MetaStellar and on her website Marie LeClaire. Follow her on Facebook and Instagram.