Our lesson begins with the sin of selfish love. It begins with the parable of Cadmaal and Elidoh. Starbonder Elidoh never imagined anything would threaten her connection with the Unison. Like all Starbonders in those ancient days, she transcended her body, felt the rhythm of the heavens through her veins and saw the revolutions of the globes through the Unison’s eyes. She devoted herself to purging the chaos brought upon humanity by the Libertarian terrorists. But while she sought to destroy the terrorists, she was also fascinated by them. When she heard that a Libertarian had been captured and was being held in the city dungeons, Elidoh saw an opportunity to sate her curiosity. She volunteered to interrogate the prisoner. Her star cautioned her, for the Libertarians’ tongues were known to pervade the strongest of minds. She would have to be on her guard. Elidoh swore she would let no terrorist’s lies sway her love for her star and their mutual master, the Unison of Heavens.

The young man behind the bars called himself Cadmaal. He answered Elidoh’s questions without reserve. What is it like, she asked, not to sense the oneness of everything? How is it possible not to feel the Unison’s presence in every blade of grass, every whisper of the wind? She imagined it was like losing one’s senses: being blind and deaf and unable to feel.

On the contrary, Cadmaal told her. Being disconnected from the Unison is a heightening of the senses, in the way a blind man develops superior hearing to compensate for his blindness. It makes one more aware of one’s body, of the gift that is one’s life.

Feeling no unity with others and with the heavens themselves must make one terribly selfish, Elidoh argued. Starbonders love everything and everyone alike, for everything is part of the Unison.

On the contrary, Cadmaal replied. A Starbonder devalues individual life, for the death of one is seen as but a hair shed from the heavens’ scalp. Death is viewed as a change in the Unison’s form, not an erasure from existence. Seeing uniqueness and separation in everyone, the Libertarians can grow [to] care about individuals in a way Starbonders cannot.

It was the first time Elidoh had heard that word – death. The idea that something should cease to exist seemed unnatural to her. Something couldn’t come of nothing, and nothing couldn’t come of something. It was all a recycling of the Unison’s constituent parts. The Libertarian’s point of view baffled and intrigued her, and so she continued to visit Cadmaal. Every day they posed each other philosophical quandaries, challenging the rhetoric of the other’s worldviews. Elidoh wasn’t aware of the growing friendship between them until her star warned her she was becoming too partial to the young prisoner. But she vowed she would let nothing compromise her love for the Unison. And her star had full faith in her, so strong was their bond.

But Elidoh did not merit this faith. Her star realized that she loved Cadmaal before she did. It was clear in her growing sense of her own individuality. The Libertarian’s words wrapped around her like a snake and drew her away from the Unison. Over the next months the globes became blurry in her vision, the heavens’ pulse muted in her veins. She saw and heard only Cadmaal, and as her love for him grew, her love for the Unison diminished.

Her star ordered its wayward Bonded to stop visiting the prisoner. Elidoh had never been ordered before – her intention and her star’s had always been as one, the love they shared in the Unison of Heavens merging their Wills. She did not like being ordered now. The fallen Starbonder defied her star, siding with the Libertarian infection that poisoned the Unison’s heavenly body. And her love for Cadmaal consumed her power; her star could no longer allow her to partake of its Will, for she was no longer the Unison’s earthly instrument. Her powers fizzled and extinguished, the severed bond between her and her star a bleeding wound in the heavens.

The Order of Starbonders, witnessing Elidoh’s degradation, decided it was time to purge the tumour from their midst. Cadmaal was to be executed. But even Libertarians, though they did not recognize it, were part of the Unison of Heavens, and the Starbonders took no satisfaction in Cadmaal’s suffering. So it was decided he would be humanely transformed. He was to be taken to the Chamber of Slumber, a locked room into which a network of pipes belched smoke until the condemned fell into their final sleep.

The day of his sentence, Elidoh slipped into the Chamber of Slumber before the Order brought Cadmaal in. Hiding behind one of the great pipes, she waited as Starbonders dragged the Libertarian inside and bound him to the bronze pillar at the chamber’s center. They left him to his fate, bolting the doors shut on their way out. Pipes groaned and smoke puffed into the chamber in plumes. Elidoh emerged and knelt by her love’s side. For all her efforts, she was not strong enough to loosen the chains that secured his body to the pillar. She called upon her star for Willpower, but so strained was their bond that she grappled for it and came up empty-handed.

Will your beloved Unison save us now? Cadmaal asked. Our lives are nothing in the scheme of the heavens. I can never be loyal to a being for whom I am disposable, even if I am a part of that being.

But Elidoh had faith in the heavens. She laid herself upon her star’s mercy and pleaded for Cadmaal’s life. She would never again step outside of her star’s Will, never again turn her face from the Unison’s light, if only she was granted her Willpower again. Henceforth nothing would shake her devotion. If her star ordered her to be separated from Cadmaal, she would not see him again, so long as he was allowed to live.

And yet, in the very plea meant to profess fidelity, she showed the irreversibility of her corruption. Because to the Starbonder there is no death, only the endless cycle of the heavens’ constituents. The love she professed to her star was not for the Unison of Heavens, but for Cadmaal.

Willpower is an exchange of love for power, Elidoh’s star told her. Once she had loved her star – that love had been enough. But her love for Cadmaal had since consumed her, and so she would need to consume her love. One way or another, her love must belong to the heavens. It must burn within her for the Unison.

The idea horrified Elidoh. To save Cadmaal, she would have to destroy him for power. She could not do it. Smoke pumped into the chamber and sleep laid a deadly veil over her brain. Cadmaal, too, struggled for breath, his eyelids heavy and his head sagging to his chest. In moments they would be eternally changed.

No, not changed, Elidoh thought, for her mindset had been polluted by selfishness. Dead.

And so, smoke heavy in her lungs, dimming her mind of everything but the need to save Cadmaal, she sank her teeth into her love’s shoulder.

All the while he screamed. Elidoh heard nothing but the rhythm of heavens pounding through her veins, felt only the heat of Willpower returning into her core and the re-forging of her bond as she gave her love to her star. Time became distant, marked only by the filling of her reserve. When her Will was replenished, her surroundings eased back into focus and she found Cadmaal gazing at her with a horror the likes of which she’d never seen. His upper arm was a mangle of exposed tendons and bone. Her face reflected in his eyes, and she didn’t recognize herself with that expression of primal determination, with the blood that oozed down her chin and glinted off her bared teeth. Cadmaal, too, didn’t recognize her. Overwhelmed, his consciousness slipped from him.

Willpower fueled Elidoh and she snapped the chains binding the Libertarian to the pillar. The smoke parted around them under the force of her Will. She slung Cadmaal over her shoulder, kicked the doors open with a strength that snapped latches like twigs, and strode into the open air, smoke trailing at her heels.

But the Willpower was temporary. Elidoh was forced into hiding, where she nursed Cadmaal back to health in a cave network of the Xocli mountains. His body healed, but his mind did not. For henceforth every time he gazed upon her he remembered how she’d ripped shreds of flesh from his body, saw the blood smearing her face and the crazed Will that turned her eyes into a wildcat’s. He felt his body seizing in agony and heard himself pleading for death, remembered her merciless disregard as her teeth sank into his flesh again and again. She had consumed not only him, but his love.

When Cadmaal had recovered sufficiently, he left her. And Elidoh was left without love, without Will. But her star would not abandon her to her suffering. Offer me all your love from this day forth, it said, and I will return to you. Our Wills shall unite once more. And when you use your power, you will again feel the Unison of Heavens within you. You will forget the selfishness of your carnal body and remember your heavenly body that is the Unison.

Now that she had known selfish love, it was impossible for her to return to the purity of oneness, except when she forfeited that love to the Unison.

And Elidoh agreed. She hunted Cadmaal, bestowed upon him the very change she had fallen into disgrace to prevent. And though it pained her, she offered her love to her star in immolation. Her penance to bear forevermore.

As ages passed more Starbonders fell from grace, following Elidoh’s path to its inexorable end. The Libertarian plague spread through star systems and threw the Dance of Heavens out of synch. Even Starbonders lost sight of perfect love in Unison, falling victim to selfish love. And in giving their hearts to individuals rather than the entirety of the Unison, humanity gave birth to death. Today Starbonders’ connection with the oneness of the heavens is like the memory of a dream. The Unison is felt acutely only when a Starbonder draws on his star’s Will.

Scholars will tell you man is the only death-fearing animal because only man is intelligent enough to conceive of the future. They will hold this fear up as a distinction of our species. Priests and prophets recognize the truth of the matter: this fear is not a distinction, but a consequence of Elidoh’s first sin. A nail cannot fear being trimmed, a hair cannot fear being shed. These are parts of a whole, separate in physicality but not in spirit from the being that birthed them. Our bodies shed like hairs from the heavens’ scalp, and yet we mourn them. We have lost sight of the Unison, and see only ourselves.

Selfish Love and the Birth of Death, from Order in Unison, in the Book of the One Will

This story first appeared in Dark Company II: A Collection of Fiction and Poetry in 2017. 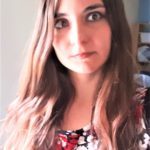 Alexandra Balasa is a writer, editor, PhD student, and TA at the University of Texas at Dallas. Her writing has appeared in magazines such as PodCastle, Cosmic Roots and Eldritch Shores, and Deep Magic. You can follow her on @BalasaAl.