Urban fantasy novels: why they matter and which ones to read first

Franchises like The Lord of the Rings, Game of Thrones and The Witcher often lead us to think of fantasy as a pastoral genre: a medieval landscape filled with knights riding on quests, enchanted woodland and isolated castles.

Yet there is another setting for magic, supernatural creatures and ancient wisdom: the modern city. Urban fantasy occupies a place somewhere between epic fantasy and science fiction. On the one hand, it features seemingly eternal and otherworldly beings; on the other hand, it takes place within man-made, built environments.

In urban fantasy, these environments can be real-life cities. In Ben Aaronovitch’s Rivers of London (2011), London is host to supernatural creatures and magic. In Cassandra Clare’s City of Bones (2007), New York is the city in question, and Sergei Lukyanenko’s The Night Watch (1998) is set in Moscow. Other urban environments are entirely imaginary, like China Miéville’s New Crobuzon, Jeff VanderMeer’s Ambergris or KJ Bishop’s The Etched City (2004).

The history of urban fantasy reaches back into the 19th century, when writers were trying to comprehend the new industrialised cities. This can be seen in Charles Dickens’ imaginary dinosaur “waddling like an elephantine lizard up Holborn Hill” at the start of Bleak House (1853). Another example is the French poet Charles Baudelaire’s ghostly Paris – the “unreal city”, as described in his poem Les Fleurs du Mal (1857).

In Baudelaire’s poetry, Paris becomes a fantastical caricature of the real city. His narrator is beset by doppelgangers, apparitions and objects of desire. Baudelaire believed that the city demanded a new kind of writing to capture it in memory. Since the modern city changes so quickly, his fear is “of not going fast enough, of letting the phantom escape”.

Baudelaire’s concerns about capturing the essence of a city before it changes are linked to ideas about the impact of capitalism on modern life. It is echoed in Karl Marx’s understanding of the swift-moving forces of capital. In the Communist Manifesto (1848), Marx wrote that:

All fixed, fast-frozen relations … are swept away, all new-formed ones become antiquated before they can ossify. All that is solid melts into air.

More recently, urban fantasy author China Miéville has commented that fantasy literature mimics the “absurdity” of capitalist modernity. Urban fantasy, seen this way, is a way of understanding and describing how the modern city is made.

The collision of past, present and future as the city transforms is a common theme in modern urban fantasy. Perhaps the best example is Neil Gaiman’s novel and TV series, Neverwhere (1996). Young businessman Richard Mayhew meets the mysterious character Door. He pursues her into London Below, a magical, feudalistic mirror image to London Above.

As Door explains: “There are little bubbles of old-time in London, where things and places stay the same, like bubbles in amber.” London Below is a grotesque version of what has been left behind in the city’s ruthless pursuit of wealth and technology. Gaiman uses a quest narrative – Richard must discover who murdered Door’s parents and, in the process, slay the Great Beast of London – but he places it within the remnants of old London.

Linking psychology and archaeology, Sigmund Freud once compared the human mind to the ruins of ancient Rome:

Let us make the fantastic supposition that Rome were not a human dwellingplace but a mental entity … in which nothing once constructed had perished, and all the earlier stages of development had survived alongside the latest.

Urban fantasy’s mix of past and present, natural and supernatural, seen and unseen echoes Freud’s description of the psyche, in which planes of human activity are layered one upon the other.

The genre is not without problems. Urban fantasies such as Miéville’s industrial New Crobuzon or Philip Reeve’s Mortal Engines (2001), have overlapped with another sub-genre: steampunk. The 19th-century aesthetic of steampunk tends to take inspiration from the British Empire without any serious consideration of race.

On the other hand, Gaiman, Miéville and also Aaronovitch have all drawn upon multicultural London. Afro-Caribbean writers like Nalo Hopkinson have used urban fantasy to explore racism in cities such as Toronto (Sister Mine, 2013). Although more Afrofuturist than urban fantasy, the city-state of Wakanda, which features in the Black Panther comic books and film, takes the imperial stereotype of the “lost world” and turns it inside out.

At its best, urban fantasy is not only enthralling. It offers a new way to understand our own urban existence. 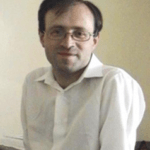 Paul March-Russell is the current editor of Foundation: The International Review of Science Fiction, the general editor of SF Storyworlds (Gylphi Press), and an editorial advisor to Short Fiction in Theory and Practice and Journal of the Short Story in English. He is a Specialist Associate Lecturer in Comparative Literature, University of Kent.