“The Forest Bride: A Fairy Tale with Benefits” by Jane Buehler is a cozy, sexy, fantasy romance that follows Princess Rose through a series of challenging, sometimes terrifying, events that ultimately lead her on a journey of love and self-discovery.

Despite having an uncaring father and being forced to live most of her life confined to tight corsets and a single castle tower, Rose is a sweet-natured young woman, and she longs for freedom. But freedom isn’t what the King has in mind for her. Now that she is of age, he is planning to sell her into marriage to the highest-bidding prince. Rose is pleasantly surprised to discover that she favors one of her suitors, a soft-spoken prince named Dustan. But she knows that Dustan’s plain garments and lack of ostentation are sure to disappoint her greedy father. Her fears are realized when the king sells her to another, a prince she loathes and who turns out to be a literal monster.

When Dustan comes to her rescue, she imagines that they might have a happily-ever-after, but in the world of “The Forest Bride,” nothing is so simple. Dustan turns out to have some secrets of his own that bring Rose’s hopes crashing down. The discovery of Dustan’s deceit forces her to choose between her own safety and what she believes is right, and her choices have consequences for the entire kingdom. It also brings her face-to-face with the age-old questions of who she is and what she really wants from life. 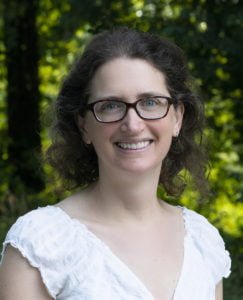 Buehler does an excellent job crafting Rose as a kind and relatable character, and following Rose’s perspective throughout the story is enjoyable, particularly the love scenes. Yes, “The Forest Bride” goes all the way, and it is a lot of fun! Watching Rose discover herself and her strength as she opens her eyes to the world outside the castle walls is a satisfying journey, especially as she sets out to fight against injustice and make her kingdom a better place, in ways both big and small.

One of the strengths of “The Forest Bride” is its detailed plot. The story comes in three parts, each with its own character developments and plot twists, but with all the loose ends tied up neatly as the story comes to a close. In fact, if the book has any weaknesses, it is that the third act could have been a book in and of itself. As a reader, I wished the book was longer so that these events could have been explored in more detail. “The Forest Bride” is a tale of romance and self-discovery that is a fun, easy read without being predictable.

Since it does have some detailed love scenes, I would only recommend it for mature audiences. And while it is a light read, it does touch on some dark and challenging concepts, including death, kidnapping, and consent, and these themes serve as a springboard for Rose’s growth as a character. This story is also the first of the Sylvania series that Buehler has planned, each following a different female protagonist in the same kingdom. They’ve got fairies, mermaids, and pirates, oh my! 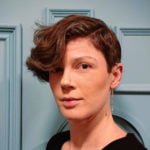