According to Brandon Sanderson, Tigana by Guy Gavriel Kay is the best single-volume epic fantasy novel of all time. Because I trust Brandon Sanderson, I decided to read it and take notes. I learned several things from it that I am happy to share.

Here are the lessons: 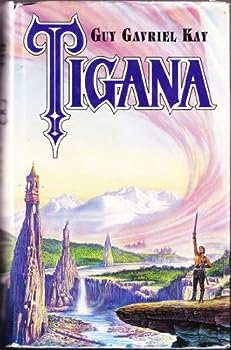 One message Tigana certainly drives home is that you can create a vast world with few words. It’s only about 600 pages.

Geographically, the tale occurs in a small area, the Peninsula of the Palm, which is broken up into nine provinces. Within these provinces are royal families, trade routes, musical culture, and different qualities of wine. Four are controlled by a foreign tyrant from the west, and another four are controlled by an outsider from the east. Each is a powerful wizard with his own reasons for staying on the peninsula. The surrounding regions also have their own identities featuring more or less in the plot.

Not only that, but the religion of the Palm is vast. The world features relatively well-developed characters, multiple magic systems, and believably growing unrest.

My favorite way that Kay created vastness was in the region’s religion. The citizens of the Peninsula of the Palm worship three goddesses. And while these goddesses play only a minor role in the world and story, towards the end, we learn that there is another set of gods that these three goddesses answer to.

That blew my socks off.

3. Beautiful Prose is a double-edged Sword

I learned this because many people love Kay’s prose, but many other readers find it to be annoying. I am in the latter camp! So write great prose or don’t. I guess it’s up to the author and their audience! 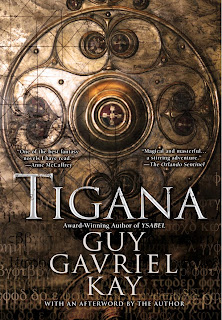 Sometimes a happy ending can be incredibly dissatisfying. Throughout the novel, Kay built up one of the main characters as being lonely and stand-offish. Towards the end, she became a bit useless to the plot. Then she decided to spur a war between the two tyrants by committing suicide.

I felt sad about this, but I also felt that it made perfect sense for her to die in this way. She lived alone and she ought to die alone. She wasn’t a bad guy, but she was constantly making choices that would result in loneliness.

Had she really died like that, it would’ve been sad but perfectly satisfying. It would’ve been an ending the character earned that also matched her political motivations. The setup was perfect!

Instead, Kay rescues her in the last minute and gives her a happy ending. I was super disappointed. It felt forced — as if her entire character arc happened for no reason.

5. *SPOILER* It’s ok to introduce new characters and magic systems in the middle of your work

Towards the middle of the book, we get introduced to a bunch of characters we haven’t seen before. A group of mysterious people gathered in a home outside the castle where the good guys were staying. The plot was already getting thick at that point, so I felt it was too late for new characters. In spite of myself, I was pulled into the scene. It was mysterious and tense. These new characters were gathering together on a night that Kay had already told us about a million times before — the “ember nights” wherein no new fires are allowed to burn and it’s dangerous to go outside.

So I had already been wondering about these dangerous “ember nights” and now we had a bunch of new characters that were solemnly getting ready to do something on this ember night.

I was digging it. And I still dig it, looking back!

Maybe the lesson is that it’s ok to bring in a bunch of new stuff all of a sudden as long as it is building on a previous theme.

And then, among these mysterious “ember night” folks, we get a neat little surprise when one of the good guys saunters up to them completely out of the blue.

6. You can use dreams instead of prophecies

For me, personally, I hate the use of prophecies in fantasy and science fiction. Authors use prophecy as a band-aid over a gaping wound in their storytelling — which is that their protagonist has absolutely no reason to be going on an epic adventure.

I could go on and on about this. But I think I ought to stop here.

Tigana successfully avoided the concept of prophecy in several clever ways. One of them was a prophetic dream. and this dream comes from a very old man who leaves the story just as quickly as he entered. I totally bought it.

Next time I don’t know how to tie up a plot thread, I’ll write in a very old man with a prophetic dream!

Several times in this book I was expecting to see progress in the plot, but instead Kay gave me relationship drama.

Meeting the mother of the prince of Tigana, for example. Such a meeting seemed necessary, right?  Instead, she just gave the team some bad news that they could’ve gotten elsewhere. But she was really mean about it. And I mean super mean.

And that was enough to absolutely shock me. The scene was powerful considering the prince’s story — he lost his father and brother and his home, and had spent the past several years of his life stoking unrest from exile. He and his mother were the only two left of their family. She could at least be nice, right? I was flabbergasted. And then I realized that this shocking family reunion did nothing for the story.

But it was still so good.

And a good lesson, too. Don’t you enjoy a good emotional shocker? What if it’s pointless? If you’re like me, you’ll be happy anyway.

I think that I get to be too attached to coherence and structure when I write and brainstorm. But Tigana taught me that it’s ok for some magic systems to be only partially developed. And it’s ok to have numerous magic systems all functioning on different levels throughout a small geographic space.

The major magic system in Tigana has a lot to do with the mind — telepathy, blocking understanding, mental battles that affect the real world, and magic that reshapes and manipulates minds. Objects of a magic spell can resist it with their mind.

However, there is also a magic system that involves a mystical herald whose message varies depending on how many people it allowed to witness it.

The goddesses of the Palm can also grant magical powers to people.

With each chapter, there was no telling when we were going to switch viewpoints and whether or not it would be to a new character or a previous one. And I felt that that was fine for me as a reader. Since reading some contemporary fantasy, like A Song of Ice and Fire, I was under the erroneous impression that keeping the viewpoint straightforward and simple was non-negotiable.

I think I learned a lot from Tigana. It’s an old novel, published in the 90s, and it broke a lot of the writing conventions we have today. Reading Tigana helped me pinpoint several misconceptions that I had about writing fiction. I hope you found my lessons helpful.

It’s a fantastic read. But I checked out the Reddit subpage for Guy Gavriel Kay fans…. and some say that A Song for Arbonne and the Lions of Al-Rassan are even better!