Parker had come upon the strange machine quite unexpectedly. But there it sat in the alley behind the Piggly Wiggly grocery store, next to a dumpster, amid stained cardboard boxes and the pungent smell of vegetables decaying in the Mississippi midday heat.

His abandoned skateboard continued a lonesome ride, crashed into a wooden pallet, and flipped over, wheels spinning. The ten-year-old paid no attention as he stood frozen, staring with his mouth open.

It towered over him, six feet high and three feet wide, a gumball machine, but not the likes of one he’d ever seen. Its case was painted with an exciting rainbow of color, and it sat on a red triangular base. A sign taped to the front of the machine read, “DO NOT USE!”

His brows pulled together, and he sucked in his cheeks as he considered the instruction. What in the world was this thing doing here? Parker spit on the ground, ran his hand through his bowl-cut hairstyle, and leaned forward to peer inside the glass front, which revealed a complicated assortment of gears, ramps, and chutes.

Rubbing his hands together, Parker circled the machine. This thing was awesome. Man, did he luck out. If he’d listened to Mom and stayed out of the alley, he would’ve never seen it.

He dug in the pocket of his blue jeans and, for a long time, fingered the quarter he’d planned to spend on a comic book. Parker studied the words bordered in wavy lines of blue and green on the front of the machine. “THE WACKY FUN FACTORY.” Fun factory, what was so fun about it anyway?

Parker took a tentative step closer and gave the machine a kick. His tennis shoe left a dirty mark in the paint. Nothing happened. It sat there lifeless and seemed harmless enough. His gaze shifted up and down the alley. There wasn’t a soul in sight. In one swift movement, he tore off the sign and slipped his quarter into the money slot.

It woke. Tinny circus music erupted from the machine, and colored lights flashed. A yellow gumball dropped onto a series of tilting ramps that carried the ball to a spiral staircase. Down it bounced while a train whistle blew an eerie song, and the sound of beating drums shook Parker to the bone.

Transfixed, he watched the ball continue its journey past a crescent moon with a macabre grin and a jumble of wildly-colored gears. It passed a cutout surfer riding an endless wave, chased by sharks. The gumball rolled by cutouts of girls skipping rope and then plunged into a cup where a boy’s fishing line had hooked a two-headed serpent. A horn blared. The bottom dropped out of the cup, and the gumball fell through a basketball hoop where a boy waited to catch it. Tick, tick, tick his mechanical arms clicked back and then pitched the gumball to a girl with a dog that pulled on her skirt with its mouth.

The cries were faint at first. Parker put his ear against the glass, unsure if he had heard them at all. Louder now, the haunting voices seemed to beg for help. “The fun never ends at the Wacky Fun Factory,” sang the voice.

Sweat dripped down the sides of Parker’s face. With hands cupped around his eyes, he pressed his nose against the glass. He drew in a sharp breath. The mouths of the cutout children opened and closed, opened and closed. Their eyes blinked and pleaded. The cutout of the dog let loose the girl’s skirt, winked, and gave Parker a sinister smile. He jerked back, wrapping his arms around his body.

Parker felt the uncomfortable thump of his heartbeat as the gumball rolled to a stop and dropped into the exit chute. He couldn’t stop himself from reaching for it. “The fun never ends at the Wacky Fun Factory,” sang the voice as Parker was pulled inside the machine.

This story was originally published in the Luna Station Quarterly, Sept. 2011. 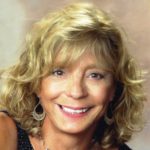 Dawn Baird spends her days in the world of fiction, creating short stories and novels. She lives in Florida with her husband and a fat cat who loves to walk on her computer keyboard as she works. Follow her on Twitter at @DawnBairdWriter.