“I don’t want to go! I’ve been looking forward to my free period for weeks and I made plans to work on my laser experiment with Muffy. You don’t have the right to make me go, if I don’t want to.” But all Mom said was: “No more arguments. You’re going, whether you like it or not. This is a very special occasion and you’re not missing it. Now get ready and I’ll meet you at the front lock in ten minutes. And hurry.”

I didn’t want to go to the dirty, radiated surface just to sigh over the stump of an old tree, that didn’t even have any leaves. Earth surface was no different to me than any other hostile environment; it was out to get you, one way or the other. I’d just as soon take an excursion to Mars, or Venus. At least that would be treated as a proper scientific expedition. Not like these nostalgic sightseeing trips, where old folks sentimentally mooned about relics from the past and usually neglected their survival procedures. But if I didn’t humor Mom, she’d make life hell for weeks. So I suited up and headed for the front airlock.

The group was milling around central airlock, waiting for latecomers. Muffy was there, looking as unhappy as I was. We went to personal frequencies and she really let me know how upset she was. She had been in the middle of a refraction/contortion test that we had been preparing for months, when her Dad insisted that she go with him to the surface. She told me that she tried to explain how important the timing was for the experiment, but her Dad wouldn’t listen. “All he kept saying was: ‘we may never find another tree on the surface. This may be a unique event that’ll never happen again in your lifetime.’ As if I care anything about that dumb old stick.” She was really fuming.

We went through the exiting cycles with the rest of the group, commenting freely on the various shortcomings of our elders, critiquing the poor preparation and sneering at the shoddy equipment check for the trip. I was just reminding Muffy that even the sloppiest maintenance techs carried lifelines and power packs in the corridors, let alone on surface trips, when the leader’s annoyed voice overrode our circuit. “If you tads have any more complaints, submit them in writing and stop griping on the group frequency.” I knew I had switched to personal and quickly looked at Muffy. She shrugged acknowledgement that she was still on group, but answered the leader firmly: “Sorry about the group blare, sir. And no insult meant to anyone personally. But I must request that proper excursion procedures be exercised, in accordance with regulations.” She really had nerve.

Even though each citizen had the right to be protected by proper safety procedures at all times, in practice everyone cut corners. Leader sputtered about how long it would take to send for packs and lines, but Muffy wouldn’t give an inch. “Safety regs are specific for a good reason, sir. They save lives.” There were some resentful mutters over the public circuit, but Muffy ignored them. I moved closer to her to show my support and got some glares for my trouble, but I didn’t care. I admired her more than anyone else, except Dad.

Dad was a molecular engineer and a political activist. When the dispute began between the elders who dreamed of returning to the surface, and the ‘moles’, who were committed to subsurface, Dad spent all his rest time trying to show the elders how hopeless their idea was. When reasoning with them failed, he organized a team of the foremost scientists and thinkers. They prepared a master chart that showed the resources necessary to reestablish life on the surface. Some of the elders never forgave him for shattering their dream, but the conflict was over and energies were turned to developing the underworld.

For a while, a lot of people were really angry at Dad and threats were made, but he knew he was right and stood firm. Later he gave me some good advice. “When you really know you’re right, and that the other way would lead to disaster, you’ve got to stand by your convictions. Frequently people want things without quite knowing how to get them. But they can want them so badly that they overlook the consequences. Sometimes they’ll even forget common sense and reason. When that happens, you’ve got to be able to settle things down before there’s a disaster.”

Dad was my ideal. I didn’t think he was perfect, or anything like that, but I always watched him when he was dealing with others. He always seemed surer and more confident than everyone else. I hoped that I would become as capable as he was, but I wasn’t counting on it. I hadn’t seen much of him lately. Ever since he started working on the molten pool project, he rarely got home. It started when maintenance techs first noticed rising heat patterns in some corridors, but no one paid it much attention. Dad was the first one to realize that it wasn’t just vented waste energy, but emissions of external heat from pockets of molten metal that could potentially threaten our very existence. When others finally realized the danger, the project was quickly organized and Dad was appointed leader. Project molten pool became the number one underworld priority and Dad had the authority to requisition anything he needed; men, materials, even personal possessions, if necessary. It was a comforting thought knowing that Dad was in charge. I didn’t miss him much when he was away, but when I saw him, I always felt a lot better.

The equipment finally arrived. Properly suited we continued cycling to the surface lock. It was repetitive, going through sixteen levels the same way each time, but after the confrontation on equipment, everyone was careful to follow regs. Then we were out. I felt no exhilaration, only apprehension. I had been on the surface before and knew how suddenly radiation storms blew in. I looked for our weather watcher and wasn’t reassured. It was Turly IV. He had been a class ahead of me in survival school and I remembered how optimistic he always seemed. I knew how dangerous that could be and often wondered how he passed Trial Day. Hoping for the best was the surest way to get fried. I cued Muffy on personal and we agreed to alternately monitor the weather circuit.

The surface was incredibly calm. Visibility was about 400 feet, maybe more. The dust clouds were barely moving. When I scanned the surface from the underworld, the video monitor softened everything. But standing here, seeing farther than ever before, it was hard to imagine a surface covered with grass or trees. If I hadn’t seen old videotapes, I’d never have believed it. Sometimes I wondered if the tapes were authentic. They could have been chroma-keyed computer generated. But Dad said it was so and that was good enough for me.

Leader brought us to the Tree and the elders murmured all kinds of ritualistic stuff. Someone recited an old poem about the forest primeval. It sounded stupid to me. I scanned the weather circuit and noted a radiation increase. The normal turbulence was preparing to move back in. I waited thirty seconds, but when Turly didn’t notify us, I sounded radiation alert. Turly protested that I was too nervous and maybe I shouldn’t be allowed on surface, but I cut him off and read the last counter level and he subsided. I could never figure out how he survived Trial Day. Maybe it was true that influence sometimes affected some candidate’s results. He sure wasn’t a survivor.

We headed back to the reentry lock, moving faster as the wind picked up. I kept a watchful eye on Turly, because accidents happened sometimes. A breached airline on surface could be serious, even fatal. But the return trip was uneventful. Many of the group lingered, drawing their stay out as long as possible.  The leader, always last in, was getting impatient. I let Muffy precede me and started in. I looked back and my last glance was at that pathetic thing they called a tree. As the lock began to cycle closed, I heard some of the group crying. I looked at Muffy. She had heard them too. We shook our heads at each other, both thinking the same thing: what a waste of time and assets. The worst sin in the underworld was waste, since we didn’t have enough of anything.

Well, at least we wouldn’t have to go to the surface again for a while. As Muffy started describing the new refraction problem, my irritation at the elders began to fade. As my last thoughts of the surface departed, going wherever finished thoughts go, I focused my energies back where they belonged; on the future of the underworld. 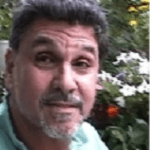 Gary Beck has spent most of his life as a theater director and art dealer. He has also been a tennis pro, a ditch digger and a salvage diver. His original plays have been produced Off Broadway. His poetry, fiction and essays have appeared in hundreds of literary magazines and his published books include 32 poetry collections, 14 novels, 3 short story collections, 1 collection of essays and 5 books of plays. Find him at Gary Beck and on Facebook