Though he had spent two years as a ship’s doctor, Naudain had never in his life seen such a storm. The crew had not glimpsed the sky in two days, only dark storm clouds bombarding the sea with rain: a monotony of shadow, broken by thunder and the crawl of lightning.

It was as though the world existed within smoked glass. Even night’s darkest moments, deprived of starlight itself, were tinged grey. The freezing raindrops had at first pierced living nerves like forcefully stuck needles. Now, they assailed men who had grown numb to both the cold and the suffering of those struck down or swept overboard.

The captain would never have imagined his ship at sea, deprived of her commander’s steady hand. However, those parts of his mind which governed both pride and shame had been abruptly destroyed by a fragment of the lightning-struck foremast. The descent of the shattered wood had obliterated the rest of his skull besides.

Naudain did not fully understand the extent of the ship’s damage, and he watched as the sailors began to ready the longboat. The other men’s efforts to save the sinking vessel had been valiant. They had cast nearly twenty guns to the depths in an effort to ease her burden, but water continued to fill the hold, and now streamed in through the gunports, flooding the decks below.

For all his training as a doctor, Naudain’s worth was limited. Those injured by the ship’s destruction were far beyond his care, and his resolution of both body and spirit had soon depleted. In the early hours he did what he could, but had in short time abandoned even this. Indeed, his cowardice took physical form, leeching paralysis throughout his body.

In the midst of his immobility, it sounded. The voice began as a tug, wordless and innate: fading notes within a boundless chasm. Yet, from this fragile refrain Naudain gleaned intention. He had an opportunity to see if the sailors told the truth about what lay in the great cabin, his last before the entirety of the ship was lost to the depths.

He cast a glance across the upper deck, concealed by the rainwater pouring from darkness above. He half-expected every sailor still counted among the living to abandon their duties and follow the voice, but none did. Their steadfast desire to survive had subdued the frail notes, leaving the men unyielding before this otherworldly call.

Naudain alone retreated, led on by the enervated melody: the voice like barren reeds stroked by breeze. His pace quickened, so that his direction could not be questioned by the sailors who jostled him as they passed, their determination to save themselves only half as strong as the Naudain’s own burgeoning purpose.

He entered the captain’s quarters and all was silent, save for a sliver of song and the trickling of water through a cracked windowpane. It was an unnatural quietude. He could no longer hear the sailors outside, men deafened by a resolution to abandon their ship, nor could he hear the storm which plagued them.

He stepped further into the room and the world shifted beneath, causing him to stumble. When he was again steadied, he moved toward the single source of illumination in the cabin. Naudain unhooked the lamp, and cast light over the captain’s furnishings.

Though the water in the great cabin was shallow, he waded forward, drawn on by the lilting, sidling voice. The heat of the lamp touched his wrist and he pressed his skin closer to the glass, as though this single flame could exile the storm’s cold which had long since breached his defenses.

He approached the captain’s desk, and brushed papers to the floor. Handwritten letters and carefully drawn maps floated around his boots. Their ink markings blossomed and vanished as they were carried back and forth by the ship’s unstable movement.

He set the lamp on the desk and opened the drawer. Inside lay a long wooden box with an iron padlock.

There was no use searching for the key. It hung around the captain’s neck, though Naudain had somehow forgotten this. He could picture the key in that moment, dull iron coated in stilled viscera. He had seen this same key every day of his journey, b

ut such recollections were wasted.

He grasped the box tightly in the palm of his hand and brought the lock down on the edge of the desk, but the desk alone gave way. He struck again and again, possessed by the wavering dulcet tones, chipping away polished wood, until finally he felt the lock swing free.

Naudain brought the broken box to the lamp’s side and opened the lid. His fingers were trembling, seized by fascination. They stretched to where it lay inside, its surface illuminated by the weak, flickering light.

The sailors said it came from the right arm of the creature, and even this was first conveyed by the captain himself. Naudain could see now that it greatly resembled a human ulna. It was smooth and heavy, far too heavy to be natural bone. He had held bullets made of lead which could not have been denser, though this bone was slender and impossibly white.

The captain would offer no details as to how a siren’s bone came into his possession, nor would he show the relic to any but a select few of his officers. Naturally, the sailors’ imaginations ran wild, but Naudain had ignored their speculation. He never believed it truly existed.

His right hand closed around its strange form, as though to crush it. Yet, it was his own flesh that was rent. Pain radiated through him as the bones of his fingertips drew excruciatingly closer to this fragment of the creature. He could see his blood begin to stain the ivory-white, but could do nothing to stop it. The craving of bone for bone overrode the agony of his own flesh, which was ruthlessly split by the pressure.

Though he was afraid to bring his other hand near, he tried to clean his blood from the shining surface with the hem of his shirt, already knowing himself to be guilty of some primordial sacrilege. Yet, the blood had infiltrated superficial scrapings, and from these it would not shift.

Naudain’s eyes were unwilling to see, yet it was there all the same. It must have been a fit of the most profane jealousy which caused the captain to engrave with crude knifework the form of their ship’s figurehead.

The human carved into the inhuman.

The bone grew heavier and his grip tightened.

The longboat was being sent out. Naudain could hear the shouts of the sailors above the steady rhythm of the siren’s song: a melody which bore only traces of its birth, now as hollow and dry as the specimen in his hand

He clutched the siren’s bone to him. The winds changed direction, and he could smell the gusting storm air as it invaded the cabin. Every breath was imbued with a rough energy, stung by the vapor of lightning.

The muscles of his arm burned from the effort of keeping hold of the bone. He could feel his shoulder buckling as he stumbled from the great cabin, brought to a fever by his own pain. Yet, the heavier it grew, the tighter his bloodied grip became.

By the time he made it to the upper deck, he was ruined by the effort. The right half of his body contorted around his fist as he tried to draw the bone closer to the unhinged pacing of his heart.

More time must have passed than he imagined, for he found himself alone.

The longboat had taken the men, and Naudain stood on a rain-soaked deck. He could see the captain’s body in a crumpled heap out of the corner of his eye, but could not bring himself to look at his late commander, to pay even the respect of recognition.

There was a light, close to the ship itself, and it illuminated the edges of the longboat. One of the sailors saw Naudain, for he cried out and gestured to the lone, crooked figure. He said something to the others, for they stayed their oars.

Naudain staggered to the edge of the sinking ship and slipped overboard into the waves. The sea was colder than the rain, and he gasped for air. An immediate sense of the abyss beneath his feet swelled to consume his thoughts, as thunder reverberated through the obscured heavens. His left arm swung wildly, trying to drag his body toward the longboat. Yet, it was all he could do to keep his head above water.

The siren’s bone grew still heavier, and its vacant refrain louder. At the slightest resistance, its dead weight threatened to tear his fingers away. And he wished it would, yet his own body proved too strong.

Water rose to cover his mouth and he lunged toward a black sky ruptured by streaks of fire. His right hand’s grip constricted and his muscles tore apart as he struggled against the depths-bound pull.

Naudain’s head dipped beneath the surface, and he found his eyes blinded by the darkness of the storming sea. Its icy cold permeated his body, offering numbness and relief from the agony the siren’s bone had brought.

Endurance decayed within him, replaced solely by unbridled desire for the grim comfort of the sea floor, a longing to be cradled by the gentle stirring of an immeasurable deep, crushed to the bosom of visionless night.

And this was the only promise she gave. 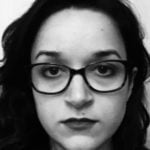