As an author, I’ve found grounding my science fiction in reality produces a more layered, immersive tale. Science fiction stories often occur in space. So, sci-fi readers and authors may appreciate this introduction to a relevant real-world organization, the United States Space Force, or USSF.

The US Space Force Is No Joke

The President announced the funding of USSF in 2019. Many people giggled at the organization’s overlap with familiar elements of science fiction. Yes, Netflix has a Space Force comedy.

Yes, USSF’s delta-shaped insignia is reminiscent of that emblazoned on Star Trek uniforms. Yes, USSF members are called guardians. That term comes from the Air Force Space Command’s motto — Guardians of the High Frontier — not the movie, Guardians of the Galaxy.

Why Is Space Important?

Even excluding scientific exploration, access to space is important.

On the military side, spy satellites enable the U.S. to see what its adversaries are doing, both in space and on the ground.

The U.S. supports the peaceful use of space. It also prepares for the possibility that economic and security interests must be defended from those who might threaten U.S. access to space or space-based assets.

Spacepower, whether employed cooperatively or competitively, is a source of national power akin to seapower and airpower. One important distinction is that the boundaries of sovereign airspace do not extend into space.

The space domain is a shared one, similar to how ships of all nations freely sail the seven seas.

How Is USSF Organized?

The USSF is a service branch of the U.S. Armed Forces. Along with its sister branch, the U.S. Air Force, USSF is part of the Department of the Air Force.

Unlike the Rebel Alliance naval ranks used in Star Wars, USSF uses Air Force ranks. Sorry, Admiral Ackbar. So, a USSF O-6 is a colonel, not a captain.

USSF is led by a four-star general, the chief of space operations. He or she is also a member of the Joint Chiefs of Staff. USSF organizes its forces into space deltas, similar to how the Air Force organizes aircraft squadrons into wings.

The USSF motto is Semper supra, which means “Always above.” The mischievous part of me wishes it was “To infinity and beyond.”

Space Systems Command ensures USSF has the right equipment. It is responsible for acquisitions, engineering, research and development, and launch activities.

A second command is Space Training and Readiness Command or STARCOM, no relation to Buzz Lightyear’s organization. Its task is to prepare guardians to conduct their assigned tasks. It oversees training, conducts test and evaluation, and develops doctrine.

The third is Space Operations Command or SpOC, not to be confused with the Vulcan science officer. It represents the sharp end of the lightsaber – the warfighters. It conducts space, cyber, and intelligence operations.

What Does the USSF Do?

According to its capstone doctrine, USSF must possess five core competencies:

It is also worth mentioning what the USSF does not do.

USSF does not operate the International Space Station or the missions to and from it. Those are civilian NASA’s domain.

USSF is not directly involved in space tourism or commercial cargo transportation through space.

Nor is it involved in scientific research or space exploration.

What Assets Does USSF Have?

The USSF doesn’t have a Battlestar Galactica parked in orbit. It does, however, fly spacecraft, such as Boeing’s X-37B reusable unmanned shuttle.

The sensors are spread across the globe, including US, Norway, Kwajalein Atoll, Ascension Island, and Greenland. Here’s a fuller list of USSF assets.

Are Weapons in Space Prohibited?

The Treaty on Principles Governing the Activities of States in the Exploration and Use of Outer Space, including the Moon and Other Celestial Bodies is informally called the Outer Space Treaty, or OST.

An article published by the European Journal of International Law says, in part, “What is absent from … OST is any specific provision on the deployment of conventional weapons, being weapons that would not be classified as nuclear weapons or weapons of mass destruction, in orbit around the Earth that may be directed against targets in orbit, on the surface of the Earth or other celestial bodies.”

Therefore, USSF operations don’t violate the OST. On the other hand, the fictitious Russian military forces on the moon in the TV series, For All Mankind would. Ditto for Dr. Evil’s moon base in the movie, Austin Powers: The Spy Who Shagged Me.

What Are Potential Threats to U.S. Space-Based Assets?

Without even considering aggressive Klingons or acid-blooded Xenomorphs, space is an inherently hostile domain. It’s nearly a perfect vacuum that can be extremely cold or hot. Objects outside the Earth’s magnetosphere are bombarded by solar wind’s radiation and charged particles.

Space is, well, spacious. But the risk of collision with orbital debris is not insignificant. There are over 23,000 softball-sized or larger pieces of space junk. There are half a million one-centimeter diameter fragments and roughly 100 million one-millimeter pieces.

A softball-sized piece impacting at up to 17,500 miles per hour could destroy a satellite or ruin a spacewalking astronaut’s day. Even paint fleck strikes were concluded to have damaged space shuttle windows.

The International Space Station has conducted twenty-nine debris avoidance maneuvers since 1999, according to NASA.

In 1996, a French satellite was struck by debris from a French rocket that had exploded a decade earlier. In 2009, a defunct Russian spacecraft collided with an operational U.S. Iridium commercial satellite. That impact created over 2,300 large, trackable pieces of debris.

Conventional anti-satellite, or ASAT, weapons, are allowed by the OST. But they pose a double threat to U.S. space assets. In wartime, they could destroy U.S. military communications or intelligence-gathering satellites.

But, even peacetime ASAT testing is problematic, since it creates additional orbital debris.

In November 2021, the Russians tested an ASAT against one of their defunct satellites, Cosmos 1408. The resulting 1,500 pieces of debris forced the International Space Station crew to take shelter.

In June 2022, the Space Station needed to maneuver to avoid that same orbiting debris.

USSF and NASA catalog and track the growing halo of junk that circles our planet.

Now let’s return to the realm of science fiction.

If Krites from the movie Critters start rampaging through Kansas, or a Predator stalks a Central American jungle, that would likely be a job for the US Army. “Get to the choppa!”

However, the destruction of a space station due to orbital debris, such as in the movie Gravity, is barely fiction at all.

USSF owns primary responsibility for monitoring space junk. USSF would also be involved in tracking a planet-killing asteroid hurtling toward Earth, such as in the movie Armageddon. Ditto for The Fifth Element’s encroaching Great Evil.

By Grabthar’s Hammer, if a sci-fi author wants aliens to abduct Americans for anatomical probing, those invaders must get past the USSF first! 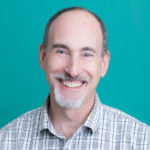