On my first day of spring break, I woke up to way more emails than necessary and a flurry of activity on my social media. Acquaintances from near and far wrote about “patriarchy,” “NASA seems to have a history of lady issues” and posted emojis of sad faces and encouragement to my students to fix the situation.

The situation in question was NASA’s cancellation of an all-female spacewalk, citing the lack of a spacesuit in the right size.

I’m the director of the Sports Product Design Graduate Program at the University of Oregon, and equality in product design is my jam. Playing soccer as a Title IX athlete led me to the goal of my life’s work. Although we were breaking boundaries as female athletes, the products we wore were made for men and did not fit our bodies. There were no sport bras, so we played in the bras we wore to school with underwires and no sweat management. Although we were allowed and encouraged to play, we did not feel like we belonged. No one made products for us.

The news of the cancellation of the all-female spacewalk triggered a flashback to my childhood. Just when female astronauts were finally “allowed” to work together as a team, unchaperoned by male colleagues, a glitch in the product ecosystem ruined a landmark achievement. An all-female spacewalk has been a goal that women have been aspiring to since the 1960s.

My path to product equality

My journey to become the best researcher and designer I could be began in high school. I wanted to create, size and fit products for the female body, helping women perform at their maximum potential. It has been a 30-year journey.

In college, I learned about designing for the female form. This included inventing new materials, studying the body anthropometrically physiologically, biomechanically and psychologically.

Learning about materials is important for product innovators, because they have so many levers – fibers, yarns, constructions and finishes – that can be manipulated to develop new technologies, like Nike FlyKnit, in which a knitting machine for manufacturing sweaters was engineered to make performance shoe uppers for athletes.

Anthropometrics is a discipline of human factors engineering that allows us to describe the body shape and size of different populations like men, women, children of specific ages and ethnicities; through circumferencial measurements of the areas like the chest, waist and hip; through understanding the volumes of various body parts like the torso; and through cross-sections – which helps designers understand how tissue is distributed in a specific region of the body like the breast.

Designers and engineers study physiology to develop product systems to regulate body temperature and biomechanics to understand mobility within apparel structures. We also study psychology – to understand how humans perceive attributes like color, touch and texture, which can greatly influence how acceptable a new product is for a user.

My university experiences provided an employment opportunity to work for the Department of Defense, just at the time when women were first allowed to fly in combat. I also spent about 20 years of my career working for a major sports company, leading efforts in women’s performance product innovation, including footwear, bras and equipment.

And now, I’m a college professor where I have students who are keen to invent new products for women. My student Jessie Silbert just completed a project designing gear for female Muslim runners. I currently have a student, Olivia Echols, who is working on her master’s thesis and designing new intravehicular activity suits for space station activities, which includes determining how products should fit for women. My colleagues have also worked for NASA. They do care about women and the future of spaceflight for women, and like me, they are dedicated to gender equality. So, if you were ever thinking there must be a lack of people that care or have the talent to do the work – there isn’t.

Researchers, engineers and designers who create performance products for women have many considerations. The most obvious is body shape and size, where product innovators will study the female population in question through 3D body scanning, anthropometry and statistical analysis of the data. The results of this type of research affect how product patterns are drafted, materials are engineered and how technology is placed around the body, so users can perform jobs safely and efficiency.

Because women have physiological differences, product solutions need to consider how body temperature fluctuates and muscles develop due to hormones. In footwear design, we think about making sure products are flexible and that the cushioning is engineered to the appropriate load, because women are relatively lighter than men in weight.

Sorry, we have budget constraints

In my opinion, the issue of not having enough spacesuits on hand lies within what I call the product ecosystem. Despite the efforts made researching and developing innovative performance products for women, our work may never be fully funded, implemented, manufactured and therefore adopted by women, as the ecosystem surrounding our work may not want us to succeed. Most often budgetary decisions for research and development happen outside of the creation team.

As an example, NPR’s “All Things Considered” revealed that all-male astronauts fit into medium, large and extra-large sized spacesuits, and due to budget constraints, the development of smaller sized suits for women was put on hold for several years, preventing women from walking in space.

These financial decisions often come from outside the product research and creation teams, and those decision-makers are often men. Considering representation of women at the CEO level, only 4.2% of all Fortune 500 CEOs are women. NASA may not be a Fortune 500 company, but gender disparity certainly exists in the U.S. government.

Budget constraints have always been a way for others to say “no” to supporting efforts that product creation teams dedicate to women. The message really says we don’t want women to be successful or perform to their greatest potential. “No” says you don’t belong, because there is there isn’t any appropriate gear for you. Don’t apply to this job, because you may be putting yourself in a dangerous situation if you wear products that were made for average men.

This is not just a NASA or sports industry problem. The same challenges exist for female firefighters, law enforcement officers, construction workers and those who work with hazardous materials.

And this is not just a women’s problem. As I have progressed through my career, I have encountered so many other underserved users who need our help. There are nonwhite users who have anthropometrically different body dimensions than white men, such as Hispanics and Asians. Some users are disabled or require plus sizes. Gear should accommodate Muslims who aspire to be active while respecting their religion.

In the recent NASA incident, there was a correctly sized suit for astronaut Ann McClain. However a decision was made to not prepare it in time for the first-ever all-female spacewalk. McClain trained in and wore both a size medium and large. That is probably because her body changed sizes while in space due to micro-gravity. McClain told the press that she made the “recommendation” to not do the space walk. But why was there not a better product placement strategy and leadership support for Ann McClain? NASA, you broke our hearts. 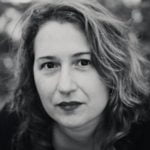 Susan L Sokolowski, is the founding director and associate professor of the Sports Product Design Graduate Program at the University of Oregon. She has over 25 years of performance sporting goods experience, working cross-functionally between footwear, apparel and equipment in creative and strategic roles. She has been recognized internationally for her achievements in design and innovation, including over 40 utility patents, awards from Nike, the United States Olympic Committee and Volvo.