Apple’s much anticipated augmented and virtual reality headset and the new Meta headset may be way out of reach for the average user. Apple analyst Ming-Chi Kuo told Macrumors that Apple may ship 1.5 million of its new Apple Reality Pro headsets at a price point of up to $2000 each. During a podcast interview, Mark Zuckerberg told Joe Rogan that Meta’s new headset, the Meta Quest Pro – also known as Project Cambria – will be significantly more than $800. Meta recently raised their basic Quest 2 headset from $299 price to $399.

“We are at a crossroads of whether the metaverse is going to be inclusive and a way of changing day-to-day life, or a hobby for the very rich,” said Rolf Illenberger, the founder and managing director of VRdirect, producer of virtual reality software solutions for enterprise users.

All hope for non-enterprise users isn’t lost if Apple and Meta take on enterprise customers. “But like with smartphones, it seems like for Apple and Meta to find mass adaptation for their VR devices, they are going to have to tap into partners like Verizon, T-Mobile, and other mobile carriers that sell their hardware tied into mobile and data plans,” Illenberger told Metastellar.

Illenberger also said enterprise users may welcome Apple’s price point and the opportunity for their companies to join the metaverse as a way of doing business. “There will be the expectation that an Apple VR device works with the same seamless quality as every other Apple device.”

Meta is expected to release their new Meta Quest Pro headset on Tuesday, October 11, at Meta Connect 2022. Apple is expected to announce the release of Apple Reality Pro in January 2023. 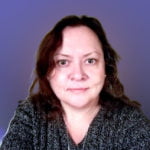