Multi-award-winning hard science fiction author Robert J. Sawyer new book The Downloaded is coming out later this year, and it will be out in audiobook first. In fact, Audible is getting an exclusive for the first six months, before the print and ebook versions come out. Check out his full Audible page here.

Sawyer spoke recently at the Worcester Public Library in Worcester, Massachusetts, visiting via Zoom for the July meeting of the Science Fiction Book Club. 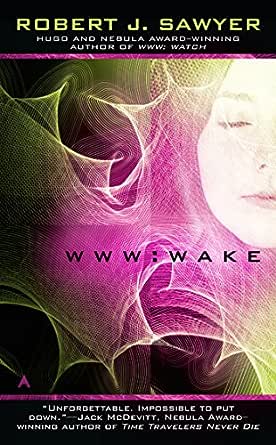 He discussed WWW: Wake, the first book in Sawyer’s WWW Trilogy. Wake was followed by WWW: Watch and WWW: Wonder. For library patrons, the entire series is also available on Overdrive.

The trilogy’s theme is the rise of consciousness by the World Wide Web.

In April, the trilogy won the 2021 Media Award from the Machine Intelligence Foundation for Rights and Ethics.

There are four interlocking threads in this novel. The first thread follows events in China, where a pandemic has arisen (note: this book was published in 2009, but serialized in Analog starting in late 2008). A secret blogger who calls himself Sinanthropus documents the Chinese internet being cut off from the rest of the world.

The second thread is that of teenage Caitlin Decter, who has been blind from birth. When the story begins, it’s a few months after Caitlin moved with her parents from Texas to Waterloo, Canada for her autistic father’s new position at the Perimeter Institute. Caitlin’s mother gave up her own career to take care of her blind daughter. Caitlin uses adaptive technology to navigate the web and to read her emails. One day, she receives an email from Japanese information specialist Dr. Masayuki Kuroda. Dr. Kuroda thinks he can cure Caitlin’s rare source of blindness with some new technology Caitlin dubs her “eyePod.” The eyePod has some unexpected benefits…

The fourth thread tells the story of Hobo, a half-bonobo, half-chimpanzee, who lives with other primates at a research center in San Diego. Among the language researchers there are grad student Shoshana Glick and her boss Dr. Harl Marcuse.

And, lastly, but first chronologically, is the thread showing the perspective of the emerging consciousness among the packets of data on the internet. Its “life” begins with an awareness of “me” and “not me.”

This fascinating novel won the Aurora Award and was a finalist for both the Hugo Award for best novel of 2009 and the Campbell Memorial Award.

The discussion of the novel by book club members and Sawyer was far-ranging and lively, with many attendees participating and asking questions or commenting on the text. Mentioned were Conway’s Game of Life, the nature of autism, what blind people “see,” and how other novels about AIs never explain how an AI can gain sapience in the first place.

Although the book club was scheduled to meet only for an hour, Sawyer graciously stayed another 15 minutes and would have stayed longer but the conference room  where the leader was located was required for another meeting.

Sawyer’s website is the appropriately named SFWriter.com. It is the oldest SF author’s site on the web and surely the largest, with thousands of pages of free fiction, commentary, interviews, writing advice, and information about his 24 published novels and three books of short stories. His 25th novel, The Downloaded, will be published soon. 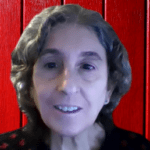