I am a professor with research interests in the social, ethical and political messages in science fiction. In my book “Medicine and Ethics in Black Women’s Speculative Fiction,” I explore the ways science fiction promotes understanding of human differences and ethical thinking.

While many people may not consider science fiction, fantasy or speculative fiction to be “literary,” research shows that all fiction can generate critical thinking skills and emotional intelligence for young readers. Science fiction may have a power all its own.

Literature as a moral mirror

Historically, parents have considered literature “good” for young people if it provides moral guidance that reflects their own values. This belief has been the catalyst for many movements to censor particular books for nearly as long as books have been published.

In the latter part of the 20th century, the book has come under fire for the Mark Twain’s prolific use of the N-word. Many people are concerned that the original version of the book normalizes an unacceptable racial slur. Who can say the N-word, and in what context, is an ongoing social and political debate, reflecting wounds in American society that have yet to heal.“The Adventures of Huckleberry Finn,” published in 1885, was the first book to be banned in the U.S. It was thought to corrupt youth by teaching boys to swear, smoke, and run away from home.

The question is, how does literature of any genre – whether popularly perceived as “serious literature” or “escapist nonsense” – perform its educational function. This is central to the conflict between parents and educators about what kids should read, especially as it pertains to “escapist” fiction.

Why science fiction gets a bad rap

Historically, those who read science fiction have been stigmatized as geeks who can’t cope with reality. This perception persists, particularly for those who are unaware of the changes to this genre in the past several decades. A 2016 article in Social and Personality Psychology Compass, a scholarly journal, argues that “connecting to story worlds involves a process of ‘dual empathy,‘ simultaneously engaging in intense personal processing of challenging issues, while ‘feeling through’ characters, both of which produce benefits.”

While science fiction has become more mainstream, one study claimed that science fiction makes readers stupid. A subsequent study by the same authors later refuted this claim when the quality of writing was taken into account.

This ongoing ambivalence towards the genre contributes to the stereotype that such works are of little value because they presumably don’t engage real human dilemmas. In actuality, they do. Such stereotypes assume that young people can only learn to cope with human dilemmas by engaging in mirror-image reflections of reality including what they read or watch.

The mental health of reading

Reading science fiction and fantasy can help readers make sense of the world. Rather than limiting readers’ capacity to deal with reality, exposure to outside-the-box creative stories may expand their ability to engage reality based on science.

A 2015 survey of science fiction and fantasy readers found that these readers were also major consumers of a wide range of other types of books and media. In fact, the study noted a connection between respondents’ consumption of varied literary forms and an ability to understand science.

With increasing rates of anxiety, depression and mental health issues for youth in the past two decades, it may be the case that young people, no different from American society generally, are suffering from reality overload. Young people today have unprecedented access to information about which they may have little power to influence or change.

The powerful world of science fiction

Science fiction and fantasy do not need to provide a mirror image of reality in order to offer compelling stories about serious social and political issues. The fact that the setting or characters are extraordinary may be precisely why they are powerful and where their value lies.

My contribution in the forthcoming essay collection “Raced Bodies, Erased Lives: Race in Young Adult Speculative Fiction” discusses how race, gender and mental health for black girls is portrayed in speculative fiction and fantasy. My essay describes how contemporary writers take an aspect of what is familiar and make it “odd” or “strange” enough to give the reader psychic and emotional distance to understand mental health issues with fresh eyes.

From the “Harry Potter” and “Hunger Games” series to novels like Octavia Butler’s “Parable of the Sower” and “Parable of the Talents” and Nancy Kress’ “Beggars in Spain,” youths see examples of young people grappling with serious social, economic, and political issues that are timely and relevant, but in settings or times that offer critical distance.

This distance gives readers an avenue to grapple with complexity and use their imagination to consider different ways of managing social challenges. What better way to deal with the uncertainty of this time than with forms of fiction that make us comfortable with being uncomfortable, that explore uncertainty and ambiguity, and depict young people as active agents, survivors and shapers of their own destinies?

Let them read science fiction. In it, young people can see[people like] themselves – coping, surviving and learning lessons – [in a way] that may enable them to create their own strategies for resilience. In this time of COVID-19 and physical distancing, we may be reluctant for kids to embrace creative forms that seem to separate them psychologically from reality.

But the critical thinking and agile habits of mind prompted by this type of literature may actually produce resilience and creativity that everyday life and reality typically do not. 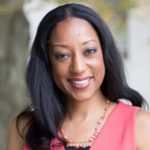 Esther L. Jones is Associate Provost and Dean of the Faculty at Clark University, where she is a tenured professor in the department of English and the E. Franklin Frazier Chair of African American Literature, Theory and Culture. Her research and teaching specializations include race, gender, health and medical ethics as represented in literature, especially science fiction and fantasy. She is the author of Medicine and Ethics in Black Women’s Speculative Fiction (2015), and the editor-in-chief for “Health Humanities in Global Context: Race and Ethnicity Across the World,” a reference text with Palgrave MacMillan.