The day after contacting us of the press, from between the oddly shining Sun (odd for mid-March on the Wet Coast) and the sulky new moon, the aliens landed at Vancouver.

In the early morning light, their craft pulled up at Canada Place like any cruise ship. Except that it came from above (though it wouldn’t have fit anyway under the Lions Gate bridge). And promptly sank, as if already full of water, which would explain how anything aboard could’ve survived its tremendous deceleration in the hours before.

Then, again like any cruise ship, thousands of passengers poured off its soggy gangplanks. Molluscoids on prosthetic legs each picked up a bundle of cash from the armoured trucks parked at the dock, as part of the deals they’d struck on the way in with governments and corporations for advanced ostreoidean know-how. Then they spread through the downtown core, shopping and chatting.

Their Ambassador installed himself on the top floor of the Fairmont Hotel. We spoke to him there.

“On behalf of all my people, here and elsewhere,” he said, “may I say that we are greatly honoured to be with you today.”

“Why have you come?” we asked from the scrum, a writhing, flashing mass covered in eyes both flesh and glass.

“Neighbours should get to know each other, don’t you think? And pay their respects?” His shell was heavier and knobblier than most. From between its parted halves, round below and flat above, a row of stalked eyes peered out at us, one or two at a time, before retreating into the liquid in the bowl that held his body, carefully balanced to not spill a drop. “We started out as soon as we found out about you and your situation.”

“You called out to us, you news-folk, with your radio shows, your television shows. And there was the hum of your people’s power lines, gamma bursts from some of your atomic weapons tests, neutrinos …”

A particularly bright flash went off particularly close, and the one eye looking out darted back reflexively as his shell snapped shut, like a calcareous wink. But the smooth voice from his shoes did not falter. “I mean antineutrinos, of course, from your fission reactors … the heat-signatures of your oceans and vegetation. And the lights of your great cities, of this great city.”

“Why Vancouver, out of all the rest?”

“Considering all the movies and TV shows shot here for its varied terrain, it has stood in for everywhere else on Earth, has it not? And many have settled here from all over your planet and still keep their cultures and customs. That makes it the natural choice for the one place to represent this whole world. Besides, you who live here are used to tourists.” His stony lips parted again, and the tentacle of his arm snaked out, the two hands at its forked end shaping a smile.

The next voice shouted from the back. “Doctors who’ve been examining some of you say you’ve all been recently exposed to massive radiation, and will soon be very sick. Do you care to comment?”

The arm withdrew. “We came as fast as we dared,” he said, “and faster than perhaps we should’ve. Life is so short, is it not? And there’s so much to see.”

In the city below and all around, the aliens were certainly trying to see, and buy, all that they could. And what they couldn’t buy, they picked up and handled with thimble-tipped fingers that scanned all they touched through and through. Local museums turned over much of their collections, which could always be replaced. Busloads of aliens were ferried to the nearby aquarium and zoo, swung on the Capilano Suspension Bridge, hiked the Grouse Grind, rode boats and helicopters, and toured residential neighbourhoods where householders laid their heirlooms on blankets spread out on lawns and driveways. Many folk became rich, but many others pressed their treasures on Earth’s guests as gifts, and would take nothing in return.

And the aliens seemed as hungry for human conversation as for human artefacts. They turned up in bars and bought drinks all around; wandered in and out of classrooms and seniors’ residences. They heard family histories from sewing circles and personal tragedies from street people, attended weddings and funerals in churches, trials in courtrooms, meetings in boardrooms and Council Chambers. They asked experts about clothing, freight transport, chemical manufacture, food, government, global warming, the evolution of flight …

We stopped one of the smallest: a female, judging by the red lips she’d painted on her front shell edges for our convenience. (The males all wore black moustaches on their stiff upper ones. Those few individuals with black on top and red on bottom, or the reverse, or black on both top and bottom or on bottom only, or with only one red lip, or nothing at all, we never did figure out).

“So, what’s your job on board, miss? Cabin Girl? Ensign astrogator, third class?”

“I’m a journalist, just like you,” came her own synthetic voice, higher-pitched. “We’re all journalists.”

“Same thing, silly,” she said. “Everyone’s after the hot story.”

“Do you really think we’re hot, then?” we said, half of us adjusting our ties, the other half rolling our eyes at the first half.

“Very,” she said, batting her shell flirtatiously. “So, what’s your favourite ice cream?” And we were off in that direction.

From the ship itself–switched from its ersatz sat link to a jury-rigged hookup with the city’s fibre-optic network–millions more aliens seemed to be simultaneously telephoning everywhere in the world (Undoubtedly it was really their ship’s powerful AI, as good at imitating their speech and mannerisms as they themselves imitated ours). They seemed to be downloading the entire Internet, too, with all our books and music. Or acquiring it by chunks in the form of hard drives and back-up servers, along with all the other orders being flown in from all over the world, in an operation unrivalled since the Berlin or Biafran airlifts.

We spoke to a young sex worker after her private meeting with one of the males. Naturally, questions immediately turned to probing.

As evening approached, the alien tide reversed, streaming back down through the waves into their ship, with their prizes shrink-wrapped and sealed. Their Ambassador stood with us on the dock. As the last stragglers passed, some of us asked if we could enter too, perhaps in diving suits.

“My people travel fast and far,” he said. “Their equipment and medicines, specialized to their bodies, will be barely enough to keep them alive; and even then, some will die. None of you would survive. But even if you could, it wouldn’t be right for the few of you they took, forever alone. You should be together … people should be with their families, with their own kind, don’t you think? Goodbye,” he called out. “Goodbye, goodbye!” And he followed the others on board.

Their vaguely porcine craft rose out of the water and streaked eastward, away from the setting sun.

We filed our stories and went to bed.

Though in the middle of the night, when the years-old eruption of the sun’s core finally reached its surface, we briefly woke to the boiling of the sea.

This story was first published in Pulp Literature, Issue 21. 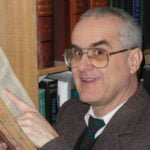 Graham J. Darling's creations of diamond-hard sci-fic, mythopoeic fantasy and unearthly horror have escaped out of Vancouver Canada and are at large in the pages of Dark Matter Magazine and Brain Games: Stories to Astonish. Homeowners are advised to lock their doors and windows, and tune in here for survival tips: Fiction.GrahamJDarling.com, on Twitter as @GrahamJDarling or on Facebook as GrahamJDarling.