“Now we can stay in Oz forever!” said Toto, as he and Dorothy watched the Wizard fly away without them.  She didn’t hear him, people rarely did.  His whole body wagged as he licked her face.  Her tears were deliciously salty.

Not long after the Wizard left, Dorothy scooped Toto up and they whirled through the air, then tumbled to a stop in a barren field.  Dorothy lost her shoes, though she didn’t seem to care.  Everything was gray.  Even the air smelled gray.  “How did we get back to Kansas?” asked Toto, “I thought we were staying in Oz.”

A grin spread across Dorothy’s face.  “Toto, we’re home!”  As she ran toward the farmhouse, she shouted, “Aunt Em!  Uncle Henry!  I’m home!”  Toto was happy because his girl was happy, so he ran with her, barking greetings to those they’d left behind.

Aunt Em hurried out to the porch, still wiping her hands on a dishtowel.  Dorothy ran straight to her and pulled her close in a hug.  The bony gray woman stiffened, then put her hands on the girl’s shoulders and held her an arm’s length away.  She scowled at Dorothy.  “Where have you been?”

“The cyclone blew me and Toto to Oz—“

Aunt Em snorted.  “I don’t care to listen to your lies.  Just wait until your uncle comes in.”

“I’m sorry ma’am,” said Dorothy.  Toto tried to convince her to hide under the bed with him.

Uncle Henry started in on Dorothy the moment he came in the door.  He glared at her and she flinched from his gaze.  He smelled angry.  Toto curled himself into a tighter ball and tucked his tail even further between his legs.

Uncle Henry pounded his fist on the table.  “You took the damn house!  I had to build a new one because of you!  Not to mention replacing the stove and building new furniture.  Do you see any trees around here?  Do you know what wood costs?”

I guess we were supposed to bring the house back, thought Toto.

“Why didn’t I stay in Oz?” asked Dorothy as she fell into bed that night.

“I wondered that, too,” said Toto, “so did the Straw Man.”  She held him close and he licked her tears away again.

“We’ll go back to Oz,” said Toto.  Dorothy wiped at her tears with a corner of the bed sheet.  “We’ll bring everybody this time.”

The little black dog yawned and closed his eyes.  He dreamed that he was back in Oz.  His tail wagged and he made happy noises in his sleep.  Bright colors surrounded him; not even the shadows were dull.  Best of all, Dorothy was happy.

The next morning Toto charged into the barn.  “What are you so excited about?” asked the oldest milk cow.  She was a Kansas cow, dull in mind and body.  Her coat was a light grayish color with darker grayish spots.

“Listen, everybody!” said Toto.  Ears flicked his way and the gray chickens kept on being chickens.  He didn’t expect them to listen anyway.  “We’re going to Oz!”

The gray horse pricked his ears and said, “What’s an ‘Oz?’”

“Colors?” asked a cow.  If she’d had an eyebrow, she would have raised it.  “What are colors?”

Toto danced in circles, his eyes bright.  “We don’t have them here.  They’re dazzling and happy, and they’re in Oz – that’s where me and Dorothy went.”

Another cow, also gray with gray spots, said, “I thought a cyclone blew you away.”

Toto grinned at her.  “Nope.  We took the house and went to Oz.”

Even the chickens were quiet.

“I talked to Dorothy about it last night.  I told her we should all go this time.”

“And she understood you?” said the oldest cow.

“I’m sure she did!” said Toto as he sprinted from the barn.

Every morning, noon, and night for two whole days Toto asked Dorothy when they were going back to Oz.  She never answered, but she cried a lot

While supervising the chickens one day, Toto thought, What if Dorothy doesn’t know how to get back to Oz?  He ignored his charges as the idea swirled around in his head.

“Kansas is grey and has no magic,” he said to himself.  “Oz has color and magic.”  He stood and cocked his to the left and then to the right.  “I can’t see any color here, but it’s everywhere in Oz.  I can’t find magic here either, but I didn’t even have to look for it in Oz.”  Toto pondered for a moment, then pricked his ears and barked, “Color is magic! Magic is color!”  He ran around the yard scattering the chickens and irritating the cows.

“Are we going to Oz now?” asked one of the cows.  “You’re stirring up enough dust to make a cyclone.”

Dorothy watched the little dog spin joyous circles around her.  “I’ll find the magic for you!” he said, “then we’ll go back to Oz!”  She smiled, just a bit, for the first time in days.

Toto sniffed everywhere.  He dug up flowers and patches of grass, but no colors hid there.  There wasn’t any magic behind the stove, under the covers, or on the highest shelf.  He checked under chickens and inside of eggs, but he couldn’t find it anywhere.

The next day, while Toto was helping Uncle Henry and the gray horse plow, a scent stopped him in his tracks.  It wasn’t a Kansas smell.  He breathed in the co-mingled scents of Oz, magic, leather, and Dorothy.  His tail wagged frantically as he dug into the newly turned earth.  He uncovered Dorothy’s silver shoes.  They glistened like nothing from Kansas ever could.  He stared at them in wonder as he breathed in their beautiful scent, then he grabbed them and ran to find Dorothy.

He never made it.

As he ran, Toto thought about the Land of Oz and the Emerald City.  He slid to a stop on a yellow brick road and stared around in amazement.  He was in the Emerald City.  His jaw dropped open and the silver shoes fell to the ground.  The capital of Oz wasn’t brilliant green anymore; it was full of wondrous colors.  Toto looked down at his paws.  They were still black, but it was Oz black, not Kansas black.

People came out of shops and houses and hurried over to him.  “Welcome back, Toto!” they said.  The women curtsied and the men bowed.  Everyone smiled at him.  “You look well,” said a young man.  A woman asked after Dorothy, and several others chimed in.  “Is she well?  Is she coming back soon?”

The Straw Man came running when he spotted the little dog in the center of the ecstatic crowd.  “How delightful to see you again, Toto!” he said.  He searched the crowd and his burlap brow furrowed.  “Didn’t Dorothy come with you?”

Toto jumped into his arms.  “I didn’t mean to leave her behind!” he said, and then explained what happened.

The Straw Man lifted his hat and scratched his head.  “I’ll think of a way to bring Dorothy back to Oz.”

“Great!” said Toto.  “I told everybody they could come.”  He thought for a moment.  “Though we might want to leave Uncle Henry and Aunt Em behind.”

This story was first published in I Should Have Stayed in Oz, available on Amazon. 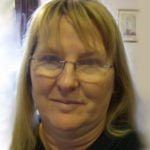 Trina Jacobs was born on Halloween. Her friends say that explains a lot. She has been writing stories for as long as she could hold a pen. Find her on Facebook at @Trina Jacobs.