My name isn’t important, what I have to say is. I am telling the world this not out of bravery but simply because I know not what else to do. I am too old to bear this secret; it crushes me. The second I hit send I will have committed treason (though I am not sure to which side) and, as I am no survivalist I will be hunted, found, and terminated swiftly.

In the early 80’s I was one of many scientists working in tandem with Harvard University using the Harvard/Smithsonian radio telescope at Oak Ridge Observatory as part of the SETI project code named “Sentinel”, with the goal of finding transmissions from extraterrestrial civilizations. Astonishingly, we did, only not as anyone ever expected. What we discovered were rasterized grids of pixels, though they were not called that at the time. What was perplexing—soon to become frightening—was that we did not intercept these transmissions from space to earth but from earth to space.

It took the indefatigable effort of a team of scientists, engineers, and code breakers to create the algorithms, hardware, and software to decompress an intercepted stream of bytes back into an image. The work expedited a technological innovation— commonly known today as a JPEG. The great shock was that after a year of labor the image we were finally able to discern was not of our nuclear sites, Washington seats of power, or any military installations. It was of a normal family standing next to the Grand Canyon. 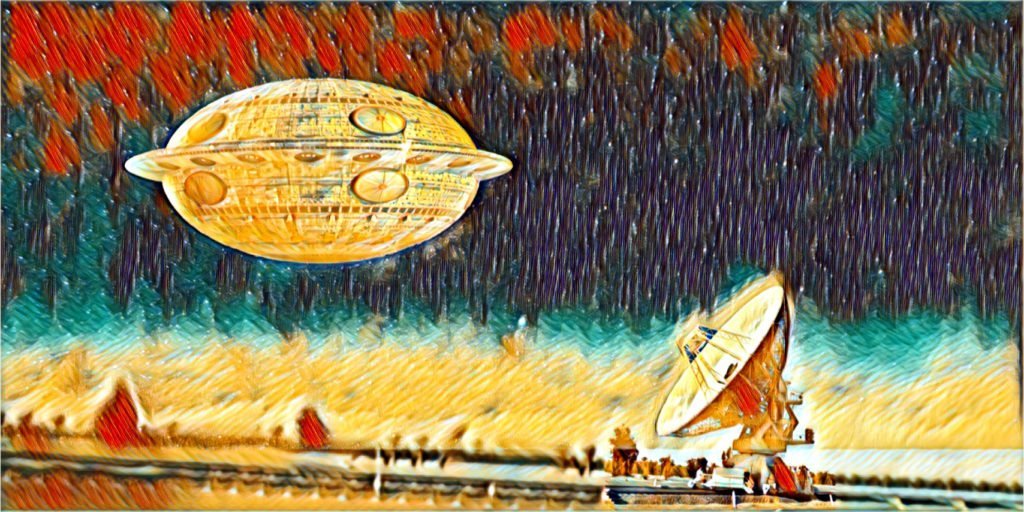 Our nightmare started when they decided to take home mementos. It was then that they resolved to invent their soul-catching machine, though that was not what they called it, nor was it (it is their claim and my hope) ever their intention. A device that could actually capture the essence of the humans they were coming to watch on their vacations. Our planet had very quickly become one of the hottest vacation destinations for their kind. We know very little about them. Nothing really, compared to the vast amount of data they have collected on us, and when you get right down to it, everything is about data.

The irony was twofold: first, how easily, and second, for how long, they were able to pull it off. The ingeniousness of their machinations was the fact that they actually got us to do the work for them. I still marvel at how slowly yet steadily we decrypted all knowledge of ourselves to them while gradually giving them the very quintessence of our being. When they first invented it, our indoctrination to its use was effortless; a simple click, then a flash. To this day, it is still unknown what they call their device; however, we know it as— the camera. With it, they acquired insight into our lives as well as our souls. In return— we got pictures.

Is there a better way of gaining knowledge of (and experience with) the human race? Pictures give a detailed diary of a person’s or family’s existence while also giving a tremendous, albeit extrapolated, look at society as a whole. A single family, for instance, can be observed quite unobtrusively through their pictures. A picture may be worth a thousand words but a photo album or today’s smartphone is worth a lifetime.

The development of digital photography and their clever manipulation of the internet allowed them to send their pictures through space, making the scheme much more efficient, which had the catalytic effect of increasing their desire for more. An intrinsic passion of most humans for having their picture taken played right into their hands; a sort of Souls Gone Wild.

It was somewhere in Montana where a much too sanguine Visitor violated one of their most important directives pertaining to on-planet visitation. Extrapolating data from pictures had given them a cloudy view of humanity, everything so happy and perfect. Most humans prefer to take photographs of their more joyous moments while foregoing the bad. While birthday, holiday, and wedding pictures are expected, who ever heard of a funeral or divorce photographer? It is most likely that the cheerful pictures of the human family he was observing was the cause of his transgression— he decided to pay a visit to the nice family in person. His picture-perfect view of our existence was shattered when the family’s German Sheppard instinctively mauled him (dogs have shown to be our best means of identifying them).

Although it quickly became evident that he was merely a low-level subordinate on his vacation with very little knowledge of the scientific intricacies involved, the interrogators were still able to learn the means by which they were observing and absorbing us, and of the euphoric sensation they derived. It also became evident that the intoxicating effect did not occur when viewing pictures of any other earthly scenery, but only of humans. Unfortunately, that was not the most frightening revelation. It was when their captive admitted that our images were like a drug to them—they did not just want more, they needed more—that the elucidation occurred. They had begun to crave the essence of humanity.

Others captured eagerly gave up their knowledge of what was happening, not because of any enhanced interrogations but simply due to the horrible withdrawals they suffered. It was not until a small group of their scientists, outraged by what was happening, not to us, but by what the addiction was doing to their kind, met with the most elite scientists of our planet did it become apparent what was occurring. While our kind was enduring the sapping of their spirit, theirs seemed to be suffering an addiction with a vampiric effect that was changing them mentally and physically. Though never admitted officially, a few of their scientists revealed that there was a division among those on their ship bordering on mutiny. It was at this time that a small contingent of them divulged the coordinates of their mother ship. There were more than a few astonished faces on NASA heads when our telescopes were able to read the name of the craft. It was the first of their words we had translated: The Kodak.

Keeping this from the public, and with very few exceptions, most world leaders as well, was a priority. The implications were just too staggering. The powers-that-be who were aware realized schisms would form planet-wide. Theologians on every corner of the earth would begin proselytizing that all this was because of our sins, while others would believe that the aliens were actually gods themselves. Fortunately, more levelheaded, science-minded intellectuals were working to solve this dilemma. To our relief, both sides agreed upon a covenant that they would leave our solar system immediately.

What came next should have been of no surprise. With humans spewing out every aspect of their lives in real-time detail, it is somewhat amazing they did not come sooner. The transitory glee felt by those who were in the know was shattered when recently our telescopes viewed yet another of their ships entering orbit around Saturn, its translated name: The Facebook.

This story was originally published in Soft Cartel. 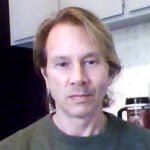 James Tucker is a writer from Charleston, SC. His works have appeared in Adelaide Magazine, The Scarlet Leaf review, Mystery Tribune and others.