I slip into the confessional booth and sit down on the pale green cushion. It’s a peaceful place redolent of oiled wood, clean old ladies, and thousands of years of tradition. On my right, where the outline of a priest will appear, is a beautiful screen of elaborately carved wooden filigree. Before he arrives, I feel tranquility like in no other place on earth.
The priest appears. I can tell from his voice he is younger than I would like. As is traditional, I start the session.

“Forgive me father, for I have not written.”

“It’s hard to tell. I go to the computer every day, but I spend most of my time playing games, writing long emails to people I barely know, and sometimes logging on to writing silos or looking over stories I gave up on years ago.”

“How long has it been since you worked on anything new?”

The priest adjusts himself on his cushion and clears his throat before he responds.

“Often writers know what is causing a blockage, they just need to face the problem and deal with it. What do you think might be part of the problem? Are you eating well? Exercising? Having disturbing sexual thoughts?”

“I think a big part of the problem is I have started to have … well, um … doubts.”

“What kind of doubts, my son?”

“Well, I sometimes doubt editors and publishers really exist.” There, said it.

“Maybe. And maybe there is a computer program which churns out the stories we read.”

The priest clears his throat several times. I can’t help myself—I blather on.

“Maybe there was once editors, but, with the advent of computers, they could program the writing of variations on all the classic stories. Certainly, it would be cheaper than paying people to write new stories.”

The priest had a ready answer:

“Then why continue the charade of submissions and rejections?”

“People like to think stories are written by humans.”

The priest makes a tent with his hands by putting the fingertips together in front of his face.

“Fiction is more about feeling than it is about thinking. Is this what you feel in your heart or just something you are thinking?”

“In my heart, I believe there is an editor and someday I will be published.”

I can sense the smile and feel the love through the elaborately carved wooden screen. I am okay, and we can get back to business.

“Okay, my son, say penance number 147 a dozen times each night until the problem goes away. I will say it once with you.”

The priest makes the sign of the Book and speaks the words which always end a confession. 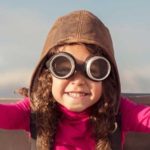