Ever since the first realizations of our own mortality thousands of years ago, humankind has had a fascination with death. It utterly terrifies us, keeps us awake at night, and drives us easily into the arms of superstitious nonsense. For centuries we have strived to find answers to that “undiscovered country,” but what if one day we could cheat death? What if we could live longer – possibly forever? And if we could, would we want to?

You only have to look back a few hundred years to see how dramatically the world’s mortality rate has decreased in a relatively short space of time, comparatively speaking. Seven hundred years ago, in the middle of the Dark Ages, you’d be lucky to live past 30. Even as late as the early 1900’s, life expectancy wasn’t that hot, whereas today, the average for the UK alone is around 80 years. That certainly isn’t because of faith, but owing a considerable debt to science and technology. Drugs, medicines, treatments, and therapies are improving all the time – not to mention the actual knowledge and skill of doctors and healthcare professionals. Without a doubt, in just over a century, science and technology have doubled our life expectancy. But could it allow us to live longer still?

Mother nature is a fickle mistress. While it’s taken humankind this long to even moderately increase our time on the planet, there are many beasts that have been kicking around (predominantly swimming around) for centuries. The famed Greenland shark is the oldest living vertebrate in the world, with one example clocking up an impressive 272 years. That shark was born shortly after the Jacobite rebellion in Scotland and as now amassed a lot of candles on the birthday cake. Bowhead whales are not far behind with the oldest recorded being 211 years young. And let’s not get started on trees or sponges.

But it is perhaps a species of jellyfish that is the most fascinating of all. Found in the waters of the Mediterranean Sea and off the coasts of Japan, the turritopsis nutricula can revert its cells back to childhood after it becomes an adult. Known as the immortal jellyfish, this creature appears to have indeed found a way to live forever. By studying such a process, or perhaps in the event of an evolutionary spike, it might not be beyond the realms of possibility that humans could one day enjoy a similar experience.

Modern medicine takes a gigantic leap forward every 18 months or so. We can 3D print limbs and organs, so the possibility of creating a bespoke kidney, lung or heart to save a life could be entirely possible within the near future – if it’s not already. And the transplants themselves have granted people a new lease of life since 1954, those otherwise condemned to the abyss. Antibiotics and vaccines have done their part to keep us breathing, wiping out deadly diseases in the process. But this is just the beginning.

Researchers at Harvard’s Wyss Institute have been developing DNA that could be deployed as search and destroy nanobots. They would seek out cancer cells in your body and convince them to self-destruct. Billions of dollars of funding are being pumped into anti-aging research, with scientists convinced that the right kind of pills will keep us ticking on well past 100 years. Then there’s AI and robot technology, helpful systems and scanners to give us early warning of potential health issues. Robotic surgeons are already actively in use. AI that can more thoroughly disinfect hospital rooms. Brain and computer interface tech that can repair cognitive dysfunction or brain damage. First response drones that could fly us right into A&E faster than ever before. And scientists are developing suspended animation that could keep people alive in a state of hibernation until the necessary help arrives. The possibilities are as endless as they are exciting.

If all of this sounds like it’s right out of the pages of a science fiction novel or straight off a cinema screen, that’s because it is – and there’s a lot more to come. But while we might be able to prolong our lives for a few years at best, many scientists agree that the human system really does have a shelf life. Sure, there might well be financial backing for downloading your consciousness into a computer and living forever in cyberspace, but given that opportunity, there is a statistically high chance that all we would do with eternity is watch endless porn. But all of this tech will cost a lot of cold, hard cash.

The 2011 flick “In Time” — which was a real missed opportunity — still makes an interesting point. In a world where you stop aging at 25 but die a year after, you can potentially live forever if you have the money to literally buy more time. Which begs the question, if such tech were ever to be made available, would only the super-rich profit? It currently costs around $28,000 to have your body cryogenically frozen, in the hope that one day we have developed the technology to reanimate your chilled corpse. That’s surprisingly reasonable, but it’s still a stretch too far for most. And what of the soul? Surely, you’d be little more than a vegetable?

I have broached that very subject in my new novel “Soul–Augmented.” What happens to our soul when we become one of the “unknowns?” In this sci-fi thriller, I explore what it’s like to lose a loved one, and if you had the chance to bring that person back. To risk everything by journeying across space to rescue your lover’s lost, wandering soul. Science might well be able to keep our mortal tissue alive longer these days, but harnessing our spirit is a bridge too far.

Likewise, there are other situations and scenarios in science fiction that remain, for the time being at least, out of our reach. But science and technology have certainly helped us improve our longevity and quality of life along our journey to discovering the ultimate travel destination of oblivion. Or, sitting on a cloud next to a bearded white guy in pristine robes playing a harp, if you prefer. Who wants to live forever, anyway?

If you would like to find out more about what happens to human souls in my novel “Soul-Augmented,” click and get your copy now. 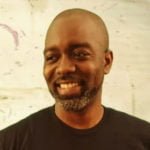 Kas Smith is a science fiction author and founder of Sci-fi Visionaries.