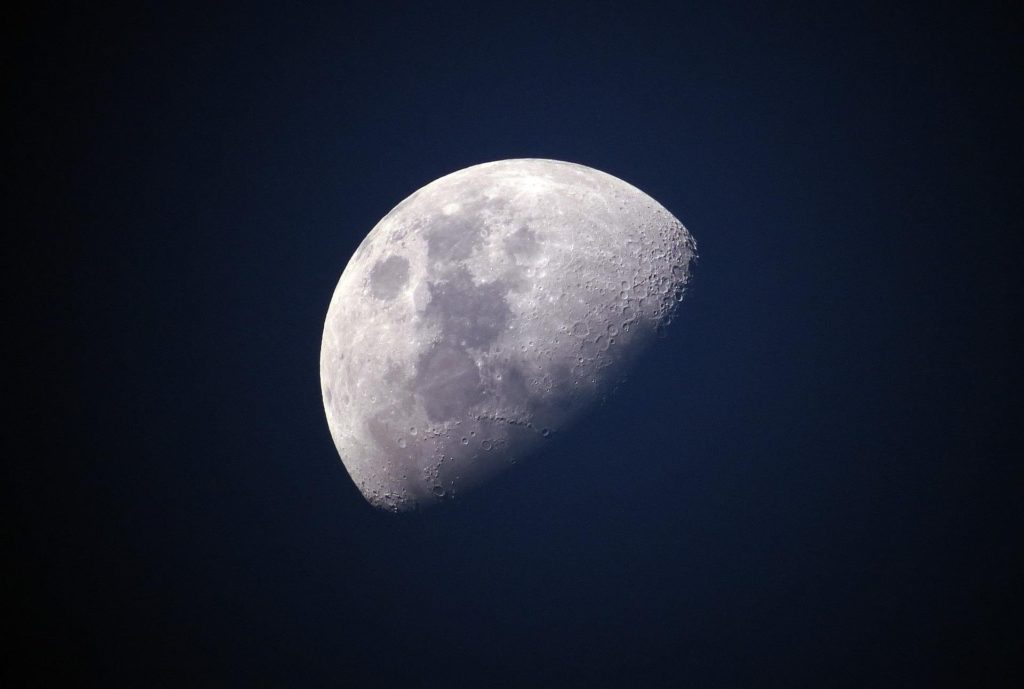 (Image courtesy Ponciano via Pixabay.)On March 4, 2022, a rocket booster crashed into the Moon and left a unique mark — not one — but two craters.

The Lunar Reconnaissance Orbiter Camera, or LROC, photographed the crater, and the images have scientists scratching their heads.

“I’m a little puzzled by the double crater appearance,” Mark Robinson, professor at the School of Earth and Space Exploration at Arizona State University, told MetaStellar. “But I am in no way an expert on high-speed impacts, except to know that they can have some very strange results.”

Gray conjectured that additional mass might have been added to the booster, perhaps to simulate lunar descent and ascent modules, but isn’t really sure why the impact left two craters.

“Everyone is pretty much puzzled over that one,” he said.

This particular impact has created discussion in the media, but it’s not the first rocket booster to hit the Moon. Apollo S-IVB 13,14,15, and 17 all left their marks on the lunar surface, but each crash only left a single crater.

They might not know why it left two craters, but scientists do have a good idea of the rocket booster’s origin.

“The Arizona State University Team has done an excellent job in identifying the object,” Robinson said.

According to Robinson, there is a high degree of certainty that the errant space debris is of Chinese origin. “Which is not specific enough to say which Chinese lunar booster it is,” he said.

Using spectral analysis, the ASU team determined that the light reflected from the object corresponded with similar Chinese rockets.

Orbital data posted by astrophysicist Jonathan McDowell on his website describes an amateur radio CubeSat launched as a payload on China’s Chang’e 5-T1 spacecraft closely matching the expected orbit, increasing the credibility that the rocket booster is of Chinese origin.

Scientists also knew exactly when the crash would occur.

Forecasts by both JPL and Gray had the space debris striking the lunar surface on March 4, 2022, at 7:25 a.m. Eastern Time.

The timing predictions proved accurate within minutes but pinpointing where the crash would happen proved more challenging.

The problem in predicting the exact location was that spacecraft and space junk are gently pushed by sunlight, Gray told MetaStellar.

“It’s a small push, but over the four weeks, we knew it could push the object a dozen or so kilometers one way or the other, in a poorly determined direction,” he said. “It’s a bit like predicting where an empty trash bag will go in a windstorm — you know it’ll get blown downwind but not exactly where it’ll go.”

Gray also traced the rocket booster to being of Chinese origin.

Gray used a technique that plays back an object’s trajectory and matched it closely to the specific Chang’e 5-T1 mission.

This new crater, on the far side of the Moon, will continue to receive additional attention from scientists determined to unravel the whole story and physics behind the crash and the origins of the double crater.

Jim DeLillo writes about tech, science, and travel. He is also an adventure photographer specializing in transporting imagery and descriptive narrative. He lives in Cedarburg, WI with his wife, Judy. In addition to his work for MetaStellar, he also writes a weekly article for Telescope Live.