OpenAI’s Dall-E 2 is great and all that, but it only makes square images.

What do you do if you want a taller image, to use for a book cover?

You could use another program. Midjourney, for example, supports different aspect rations. I just posted a video today about how to use it create a book cover in ten minutes. Though you can spend an eternity playing with prompts and generating new images, of course. DreamStudio Lite also supports differerent aspect ratios, and has an easier interface, to boot.

But maybe you want the high degree of photo realism that Dall-E 2 offers for your cover image. What do you do?

Well, today OpenAI announced a new feature — outpainting. It’s like cropping, but in the opposite direction. You can make the image bigger, and Dall-E 2 automatically fills in the background of that image.

First, you create your image by typing your prompt into the “detailed description” box at the top of the page.

Yes, it’s for a sexy werewolf book. No judging. 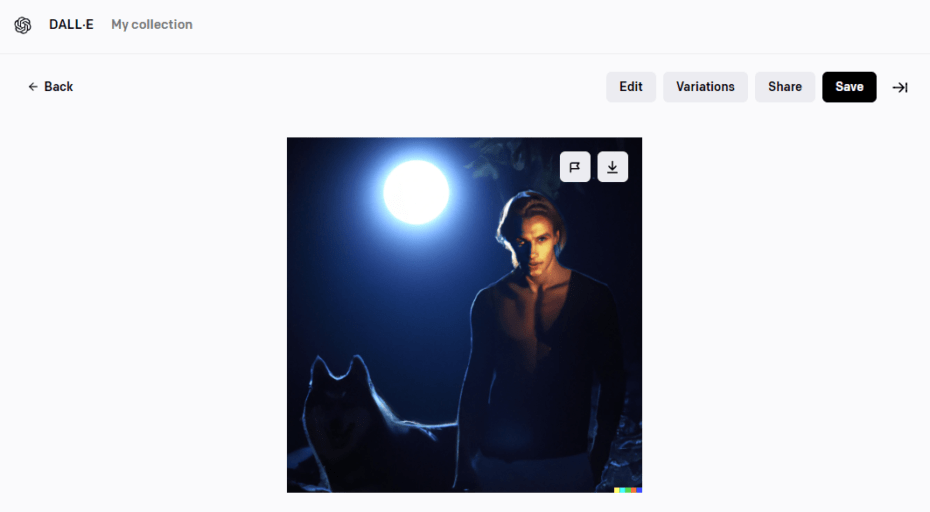 But I want more stuff above and below, so I can arrange it on a book cover.

Click on the “Edit” button above the image then look a the row of icons that show up below it. The fourth icon — a square with a plus at the top left — is the “Add generation frame” button. Click it, and you’ll get a new square that you can move around anywhere you want to add more stuff.

It also lets you update your prompt. I changed mine to “handsome man in woods with wolf under a starry sky.”

There’s also an eraser button. It lets you erase any parts of the image and Dall-E 2 will create new stuff to fill the empty space. For example, I used the eraser button to take out the moon.

The OpenAi post about outpainting shows it as being really quick. But I tried for half an hour to get it to work, and it kept failing to deliver. Either the page would hang, or it would just go back and I’d have to do it over again, with the message “Something went wrong, please try again in a moment. (Don’t worry, no credits were used by this request).” I’m guessing that this is because everyone is rushing to try it out.

It took me about a dozen attempts to get a little bit of extra sky over the guy’s head. Then, when I tried to save the new image, I got an error message again.

Finally, about an hour after I started, I got my result, with a different moon and more sky and branches overhead. 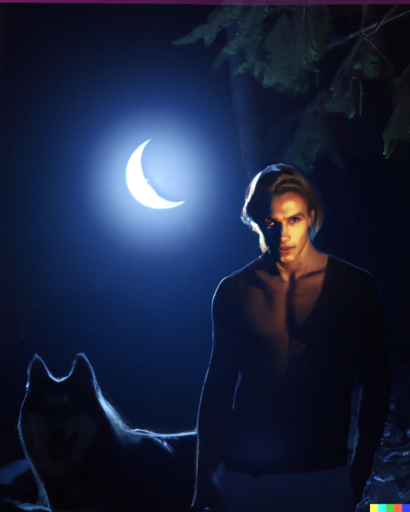 That give me some room for the title. Like this: 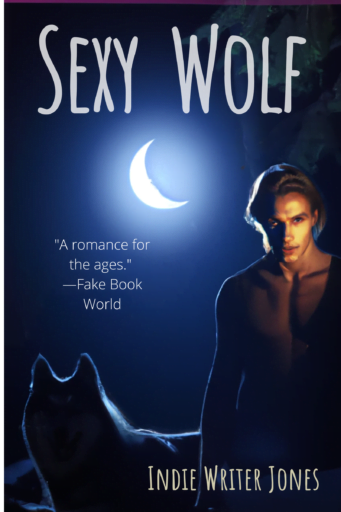 Today, I just used Dall-E 2’s outpainting too for some minor fill-ins — some extra sky and tree branches. If I had artistic skills, I could have used Photoshop to do something similar. Where Dall-E 2’s outpainting feature really comes in handy is when you want to generate a background that’s full of complicated new stuff. I’ll come back later, when traffic dies down a bit, and try it out again.

Meanwhile, check out my other articles on AI image generators: