“It is a peculiar sensation, this double-consciousness, this sense of always looking at one’s self through the eyes of others, of measuring one’s soul by the tape of a world that looks on in amused contempt and pity. One ever feels his twoness,––an American, a Negro; two souls, two thoughts, two unreconciled strivings; two warring ideals in one dark body, whose dogged strength alone keeps it from being torn asunder.”
-W.E.B. Dubois “The Souls of Black folks”

A Black man leaves the south while still in high school during the late nineteen-thirties. Before living out his life in Harlem, he spends three years in college. Now, if this were a country in which racial division, unequal access to opportunity, and class division did not exist, a man such as this would have led a successful and productive life. However, this was not the case for the narrator and central figure in “Invisible Man” by Ralph Ellison. There was no opportunity to realize his full potential and set him on a path to living a productive and satisfying lifestyle. The central figure’s search for validity and acceptance was fraught with personal discontent and callous treatment. He repeatedly experiences seen and unseen forces of overt and covert degradation during his adult life.

Ellison writes captivating prose in heart-wrenching detail with unflinching honesty. His main characters (who remained nameless throughout the novel), ethereal, surreal, and pragmatic experiences during his life in Harlem, New York was not unlike modern-day America. Black men are torn between how life should be and how it is.

I was two years old when the “Invisible Man” became an immediate success. Ellison won a National Book Award. The author staunchly articulated the effects of disempowerment and its impact on the mind, body, and spirit. The damaging effects of class/ race disparities revealed the emotional impact of “invisibility” with engaging prose, masterful storytelling, and a surreal channeling of the carnival of the absurd. Masking pain with humor and satire is not an unfamiliar coping tendency and Ellison employs it well. Now, sixty-seven years later, the book’s multi-layered message still rings true, not only for Blacks but for a wider audience. The journey to discover one’s self-worth and purpose in life is universal.

Having read the book in high school, in college, and later as an adult, the multi-layered texture of its message always lingered in my mind well after completing the last page. Why? Because I was familiar with the main character. I had experienced him up close and personal throughout my entire life. He was not just a character jumping off the pages of a novel. He was an embodiment of what we call our father, brothers, grandfathers, sons, and uncles. I digested the message intellectually, enjoyed and mourned the drama sympathetically, and lived and learned from it, realistically.

Quick example — my father and many of his cousins migrated north from North Carolina during the late forties and early fifties seeking better opportunities. Unacceptable economic prospects and cruel segregationist laws made the south unbearable. Blacks found suitable industrial jobs. In the north, Blacks’ cultural, religious, and even business opportunities thrived. Working as machinists and assemblers at the Winchester Gun Factory was a popular alternative to farming. My dad settled on a job there where he remained for fifty years. Anyway, on weekends he and his friends socialized, either by playing cards or hosting family gatherings. The men would drink, play cards, laugh, and reminisce about the south. One topic of conversation always cropped up in their sport and play. It was “The White Man” and the effect of their interactions.

I learned by listening. Dad and his friends did not know it then, but they were describing their experiences with double-consciousness, living as a Black man in a white-dominated society. From what I gathered, he had honed in on survival tools, which helped him navigate and negotiate, second-by-second, instinctive survival techniques. During their discussions of “The White Man,” they were really affirming and rehearsing their survival techniques. This mindset, I came to realize, was crucial to his survival. I also later realized, while reflecting as an adult, that he may have recognized how America had elements whereby it was hell-bent on systematically diminishing, and thwarting the Black man’s existence and livelihood. Whether real or imagined, this was relevant. His remedy was simple. He pulled on the foundational upbringing passed down from his parents and kept his eyes on the prize.

“Power doesn’t have to show off. Power is confident, self-assuring, self-starting and self-stopping, self-warming, and self-justifying. When you have it, you know it.”
– Ralph Ellison, “Invisible Man”

While my father was an industrious, confident, self-made man having grown up on his farm in North Carolina, post-Jim Crow conditions compromised his sense of identity and wellbeing, i.e., the move to the north. For example, he was used to doing for himself and having his say. The land he grew up on included other families who rented small parcels from my grandmother. She was the sole owner of over three acres of land. A jute-box joint and church sat on the acreage in which a red brick school butted the property. Grandma worked there for years, even while running the family farm. Grandma raised chickens and pigs, grew a huge variety of produce, and canned enough fruits and vegetables for an entire year every summer.

My dad started delivering ice to members of the community in rural North Carolina at age ten. Every time he made money, he bought United States Savings Bonds. When he eventually migrated north at the young age of eighteen years old, he bought his first home, however, with difficulty. A northern property manager cheated him out of a large portion of those savings. He was not used to being treated this way and later worked even harder at Winchesters to save up more money. Eventually, he bought the first piece of rental property a year later.

Dad coped with invisibility and double consciousness by engaging that premise to weave and bob his way through the system. Like Ellison’s protagonist, invisibility gave Dad mobility. He was not the “spook who sat by the door,” but the spook who entered the door quietly and decided what he needed to raise successful college-educated children, and developed the skills to make a good living. The only trace that he left behind was a grin, a nod, and a handshake. Humble, giving, and led by faith – he did what needed to be done to take care of his family.

Fortunately, Dad had a strong sense of self-determination. He knew who he was and what he wanted to accomplish in life. He modeled a do-for-self attitude by managing his own business venture and rental properties. But the toll double consciousness takes on a man’s personality reveals itself in the underbelly of wants and dreams when you think no one is watching. The heart knows how much better life could be, only if. Eventually, he manifested his dreams by making sure his children had better opportunities than he had.

The historical significance of invisibility is frightening, even now six decades later. How much have things changed? With the cries for justice emanating in the streets across America and the assault on Black men and women running rampant, it seems not enough. The science of invisibility in today’s institutions was recently expressed by former First Lady Michelle Obama. She admitted how she often felt invisible to whites.

“When I’m just a Black woman, I notice that white people don’t even see me,” she continued. “I’m standing there with two little Black girls, another Black female adult, they’re in soccer uniforms. And a White woman cuts right in front of us to order. Like—she didn’t even see us.”

The nature of invisibility has now reached a disturbing out-of-balance pitch. When Black men are stereotyped and treated as though they are invisible, they’re left out of mainstream prospects. The prison industrial complex warehouses countless Black men, sealing their demise. People do not see, hear, or touch them. the paradox is that when they are visually seen, they are considered a threat, targeted, and in some cases, killed unjustly.

The result of existing with a need to navigate through the demands of a psychologically dualistic lifestyle feels like an emotional rollercoaster fraught with a fear of everyday living. It is emotionally draining to have to employ the reptilian brain to survive while needing the thinking mind to make sound decisions and grow intellectually. The pulmonary gland becomes overtaxed, and the endocrine gland burnt out. That’s too much to balance on a day-to-day basis. This condition is unsettling and outright wrong.

In the phrase, “I can’t breathe,” there is a sub context — a cry for visibility. A yearning to be free of this dual consciousness. A plea for recognition as a straight-up human being. Suffocation is a physical, mental, and spiritual tragedy. When a person’s spirit is denied a chance to exercise its true potential, the generational effect is hard to reverse. The parallel reality of personal, geographical, psychological, social, and economic double consciousness is daunting, and the results, uncertain.

“When I discover who I am, I’ll be free.”
– Ralph Ellison, “Invisible Man”

Increasingly Black men realize that they do not want to be relegated to living in a basement under a thousand brilliant lights metaphorically, just to feel whole, as was the case with the invisible man. They recognize the need to stand on the shoulders of our great giants, now, and learn from the past to move forward collectively into the future. Training the youth while teaching and modeling how to be productive, courageous, educated, well-mannered, and productive members of society is becoming a new norm. These men are keeping their eyes on the prize and persevering in the face of unprecedented struggle.

“The world is a possibility if only you’ll discover it.”
– Ralph Ellison, “Invisible Man” 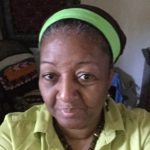