It has been claimed that all writers have one big Idea, which is reiterated throughout their work. Writers vary in their ways of proclaiming their ideas. Some are subtle and deliberately cloak their Idea in swaddlings of style or plot that misdirect—one can get caught in the veilings even as the rapier disembowels. The now almost forgotten James Branch Cabell was one such.  Or the rapier presents one Big Idea while the other hand is slyly presenting another. Jane Austen was one of the latter.

Writers of a different stamp employ a cudgel rather than a rapier. Sheri Tepper was a cudgeler. She had several cudgels, but their serviceable knobbiness could not disguise that they were cut from the same grove, indeed usually branches from the same tree.

Sheri Tepper was a feminist science fiction writer. She died in 2016, and her best-known books came out in the 1980s and 1990s, including the Locus Award-winning Beauty.

Her principal Idea was always the inherent need for male domination, which breaks down into related sub ideas: the sadism of entrenched patriarchy, leading inevitably to the subjection of women (or their mutual reinforcement from the beginning); the sadism of (usually) monotheistic patriarchal religion—often expressed towards women; the inevitable idiocy of entrenched bureaucracy—usually fostered and developed by men, often in aid of furthering the first objectives, while lacking sustained purpose in truly constructive directions.

She argues that these combined negative forces enact the Biblical concept that the world (and by extension the universe) exists for Man—civilizations which do not accept these precepts can and should be destroyed, thus the earth and any planet mankind decides to take over is fair game for ruthless exploitation and destruction. In various forms almost all her books present this thesis. And note she presents mankind. She allows for negative female forces and characters, but however nasty and destructive these may be they are always subordinate to the dominant male and his agenda. As the inevitable logical extension when she explores the idea of human life on other planets she often presents the thirst to eliminate indigenous civilizations by having her nasties decree that they are not there, while ignoring evidence to the contrary.

Often these planets do have a native form or forms which watch in the background, present but unacknowledged on a conscious level by the human interlopers. This is important in the True Game novels, Grass, Six Moon Dance, and several others. Sometimes these indigenous manifestations only become truly sentient, or learn to change, by interacting with the humans. This is interestingly handled in Six Moon Dance, The Companions, Grass and After Long Silence.

Tepper’s positive protagonists usually come to their mission of destroying these negative critters (some humans fancy that co-operation with alien nasties might serve their own interests, as we see in The Fresco) by way of a negative family background. Inept, cruel or absent mothers abound. Sometimes benign mothers are presented as teaching important concepts before they die or vanish or fade out—but those mothers always disappear early on. Fathers are sometimes kind but if so, ineffectual. Other fathers are indifferent or openly cruel. Siblings and step-siblings are malignant. I can think of only one novel in which a truly happy family environment is given to an important character—Rillibee’s, in Grass. Here, early in his life, the loving parents are both destroyed by a horrible disease—which is threatening human life throughout the galaxy.

There is sometimes a benign presence in the form of a servant or teacher or servant-teacher to mitigate the absence of parent or mentor. Or odd figures show up here and there to present beneficent ideas, which nearly always are presented in such a way that the bemused young protagonist can make little immediate sense of them. In almost all cases the main character of a novel must undergo a long period of oppression, often seemingly randomly capricious, but later to be seen as deliberate on the part of the villains. The villains often want the protagonist dead, but wish to pile on the agony first. Of course if they killed the heroine off there would be no novel…Presumably the tempering makes the weapon stronger, although that is certainly not the intention of the persecutors. Tepper makes her heroines—her heroes are comparatively rare—endure a great deal of abuse, mostly psychological, but occasionally physical as well. She does not demand sexual abuse of her main characters, but the reader is left to infer that it might well be hovering in the background.

Tepper’s heroes and heroines are usually introverted, watchful, and intelligent, but dreamy and very slow to develop their potential. Sometimes they endure almost half a lifetime of drift or work or drift and work, with abuse added to the above, before the plot development permits or encourages them to grasp their destiny and start wreaking deserved havoc upon the assorted nasties that have plagued them and their worlds unheeded or unchecked until the much delayed appropriate moment. This delay seems essential to her concept, although it can send the reader crazy. Sometimes she openly agrees. Marianne, in her eponymous trilogy, gets nagged from time to time to wake up and smell the coffee—but she is awfully slow to get the point.

This sometimes exasperating method gives the author a chance to leisurely weave together the sometimes complex strands of her plots and make everything wind up satisfactorily. The patience and foresight necessary to make these plots come out right over the course of several generations and many novels was manifested in Tepper’s first published novels—the charming fantasy Marianne trilogy and the nine book True Game series.

It would be interesting to speculate why Tepper almost invariably chooses this scenario. Information on her life is scant. Her biographical data on Wikipedia discloses only that she was born in Colorado and lived all her life in the far West. Although her work was admired and honored in her lifetime she attended only one convention, preferring a line out of the public eye. Dare I guess that she came from a Mormon background. The tenets of Mormonism appear most nakedly in Grass, but emerge in other novels as well. The fury with which Tepper creates her scenarios and punishes her villains in book after book perhaps was never enough to assuage great psychic hurt. But what does she have to offer besides a lot of sadism leading to the downfall of the villains? Punishing her nasties is fun to watch, but there is more “there there.”

The sameness of her linked ideas is presented with astonishing virtuosity in developing varying permutations. This virtuosity, along with plausible character development, planets and aliens of great variety and heroines who although of the same mold, differ in style and method make most of her books attractive. And there is often humor. Her witches are not green faced cacklers, and the men who show up to (sometimes) rescue the heroines and/or be partners for them are charmers without being the stalwart types with powerful thighs and tossed back tresses who bore the bejasus out of us. Some of her pompous males are presented almost with glee. We know that as exasperating as they are ultimately they are NOT going to get their own way, no sirree sir. And it is great fun to see the author deal with these smug bores in a way often longed for but impossible for the reader.

Alas, as she went on creating varied and interesting versions of her Idea, inevitably Tepper began to develop certain irritating mannerisms. Writers get fond of phrases—the delectable Georgette Heyer overused those powerful thighs (o dear, that sounds rather tacky, but it is as overtly sexual as she ever got) and most of her heroines are fond of a period of quiet reflection when in an emotional bind. Heinlein’s more didactic fellows get themselves in negative frames of mind where they look bleak or speak bleakly. No doubt the reader can think of more examples. Tepper wrote so much that her ability to think up new names became very attenuated, and even before The Fresco, which abounds with both stereotypical and quite charming aliens, her characters are all murmuring so much it becomes difficult to hear them. And her last novel The Margarets was, alas, but a dim rehash of her earlier work. Her career was murmuring to a sad end after a long and distinguished run.

Having presented a case for this very vital and interesting author, I am sorry to state that almost all her novels are very hard to find in print except for the powerful The Gate to Women’s Country. That might be because its premise is tempting to contemplate, although rather difficult to take totally seriously. And although the reader might find this book’s unique solution to Male Ideas attractive, the conclusion of the novel makes it clear that the people who have made this choice know that it is by no means ideal. Similarly, the readers are left to choose their own answer to the overpopulation problem set out in Gibbon’s Decline and Fall. I only hope that despite difficulty her many novels will somehow find a new and appreciative audience. 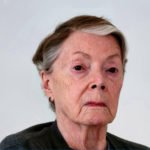 Judith Judson's essays and reviews have appeared in the Washington Post, Pointe Magazine and the Journal of the National Dance Education Organization. She is a member of The Jane Austen Society of North America, the Rochester Speculative Literature Association, and the Kipling Society.